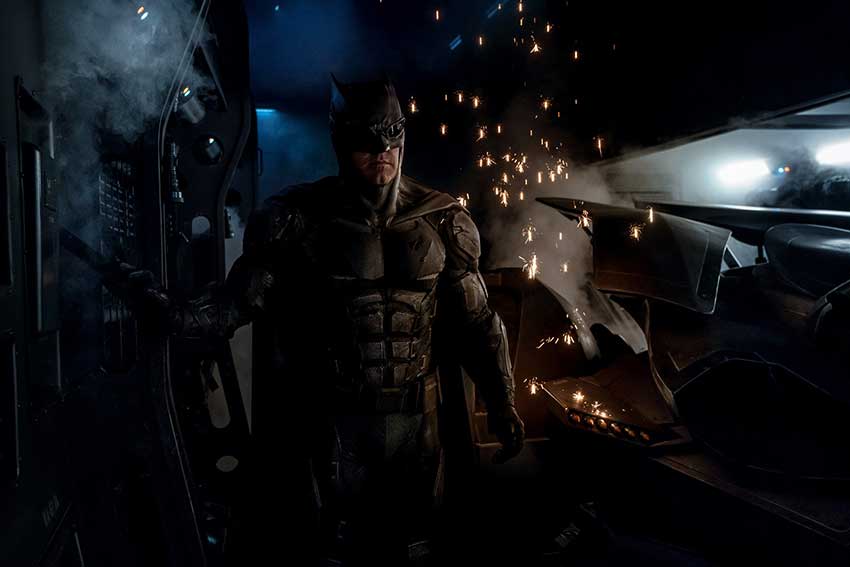 Ben Affleck's Batman is expanding his superhero closet with yet another suit which JUSTICE LEAGUE director Zack Snyder revealed on his Twitter account. Boy, does he love his six-pack abs.

Zack Snyder took to Twitter as usual to give us a first look at the Tactical Batsuit worn by Ben Affleck in JUSTICE LEAGUE which is currently shooting in London, and it seem he's close to wrapping the assembly of DC superhero characters.

As with previous Batman gear, Ben Affleck dons a muscle suit and this new tactical outfit has more bulge in the arms and stomach areas. Not that we're complaining.