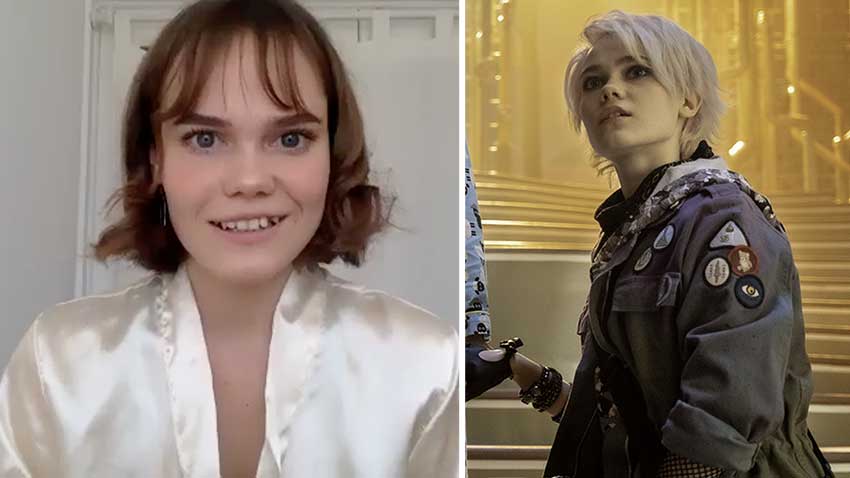 Oona Laurence is fighting toadies and the rock star demon, the Grand Gruignol played by Tom Felton in the Netflix movie, A BABYSITTER'S GUIDE TO MONTER HUNTING based on the popular books. The actress just turned 18, and she's ready to tackle different kind of roles and take part in stunt work. The star also reveals that perhaps another BAD MOMS may be in the works to complete a trilogy.

A BABYSITTER'S GUIDE TO MONTER HUNTING is now streaming on Netlfix. Laurence stars as Liz, one of the monster hunters tracking toadies who steal children for the nightmare demon. While shooting the Netflix film, she wasn't able to shoot any stunt work like riding a motorcycle because she was underage, but she's looking forward to the new opportunties as a legal adult.

CineMovie also wanted to know whether she'll be returning as Mila Kunis' daughter in a third BAD MOMS movie. It seems BAD MOMS 3 may be happening and  we may have cracked the premise for another movie that complete a trilogy. Watch.

Based on the first installment of Joe Ballarini's popular scary book series of the same name,  A BABYSITTER’S GUIDE TO MONSTER HUNTING is directed by Rachel Talalay, produced by Ivan Reitman and Amie Karp, with Naia Cucukov, Tom Pollock, and Ilona Herzberg executive producing. Alessio Scalzotto, Tamsen McDonough, Ashton Arbab, Crystal Balint, and Ricky He also co-star in this action-packed adventure about working together to overcome your fears.