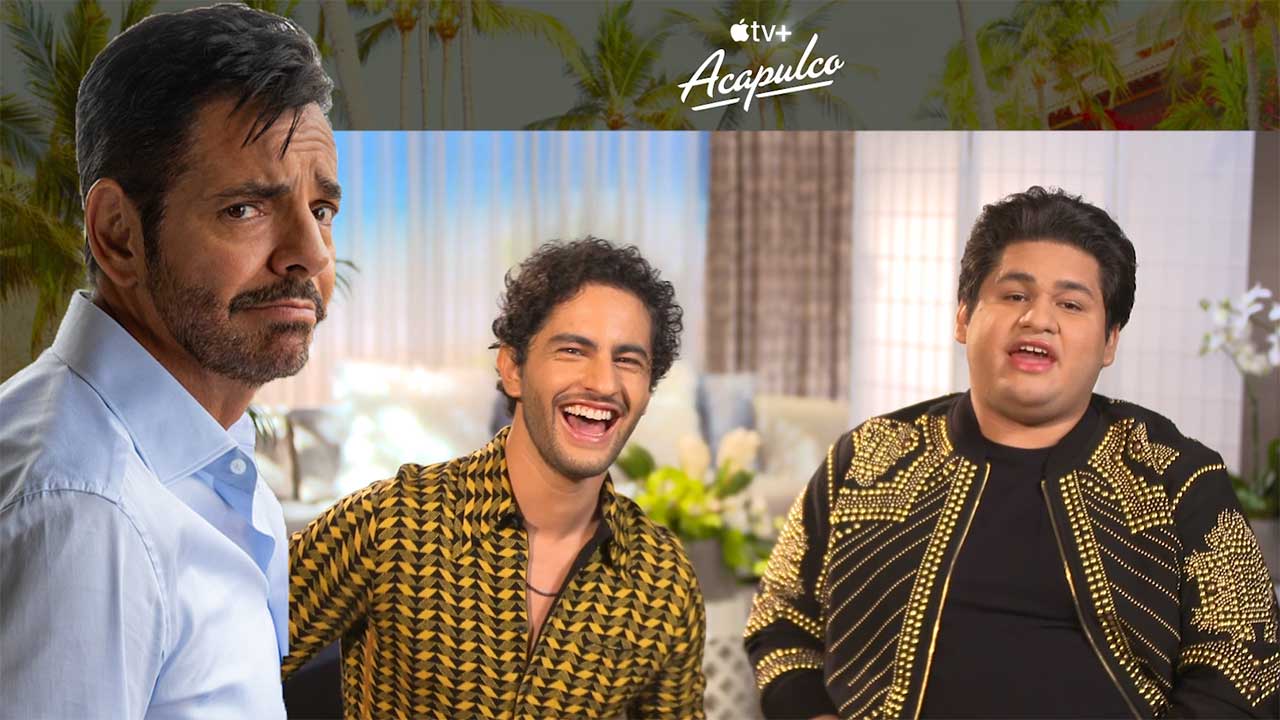 Acapulco, the endearing Apple TV+ series, returns for season 2, and actors Enrique Arrizon and Fernando Carsa chat with CineMovie about the new episodes. The actors are also sending their boss Eugenio Derbez their well-wishes for a speedy recovery from his accident.

Acapulco season 2 premieres Friday, October 21. Enrique Arrizon plays Maximo, the young version of Eugenio Derbez's character and this season he's in a new relationship with Julia's friend. His best friend Memo (Carsa) is promoted to pool boy with Maximo, and his budding romance with his boss Lupe's niece is stalled because of the boss lady. The two discuss their stories in the film, and why hearing my name traumatized one of the actors.

About Acapulco Season 2
Season two picks up right on the heels of season one, telling the story of twenty-something Máximo Gallardo, whose dream comes true when he scores the job of a lifetime as a cabana boy at the hottest resort in Acapulco, Las Colinas. In 1985, Máximo must contend with upheaval at the resort, unexpected problems at home and a new love interest who just might rival the girl of his dreams. Under Don Pablo’s guidance, he sets his eyes on one day running the entire Las Colinas operation by becoming Diane’s right-hand man. Meanwhile, in present day, Older Máximo returns to Acapulco to make peace with the recent passing of Don Pablo, where he is forced to confront some unfinished business young Máximo left behind.