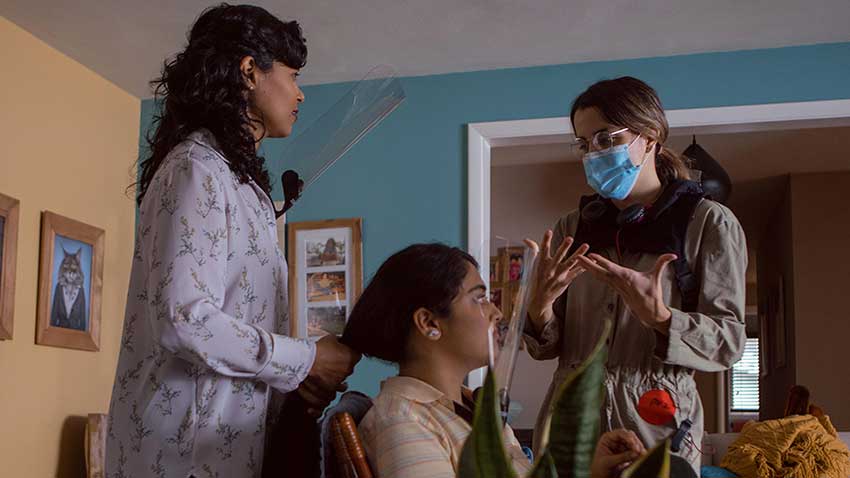 Actress Natalie Morales takes to the director's chair for her first feature film in the Hulu (streaming May 28) comedy, PLAN B starring two women of color in the lead roles. CineMovie zoomed with Morales and her two leading ladies, Victoria Moroles and Kuhoo Verma, to talk about how the raunchy comedy stands out from prior movies in that genre. Watch the video interview below.

In PLAN B, two high school students Sunny (Verma ) and Lupe (Moroles) set off on a road trip in middle American after Sunny's first uneventful sexual encounter turns into a crisis and she must track down the morning after pill called Plan B in order to avoid becoming pregnant.  As with most raunchy comedies, they meet crazy characters and hilarious situations.

PLAN B certainly has HAROLD & KUMAR vibes but the female version with Americans of South Asian and Latino descent. The stars and director discuss why the film is different than other films in the genre, and why the quest in PLAN B has more realistic implications.