Booboo Stewart Talks Satisfying Role in New Horror Movie, 'Those Who Walk Away' 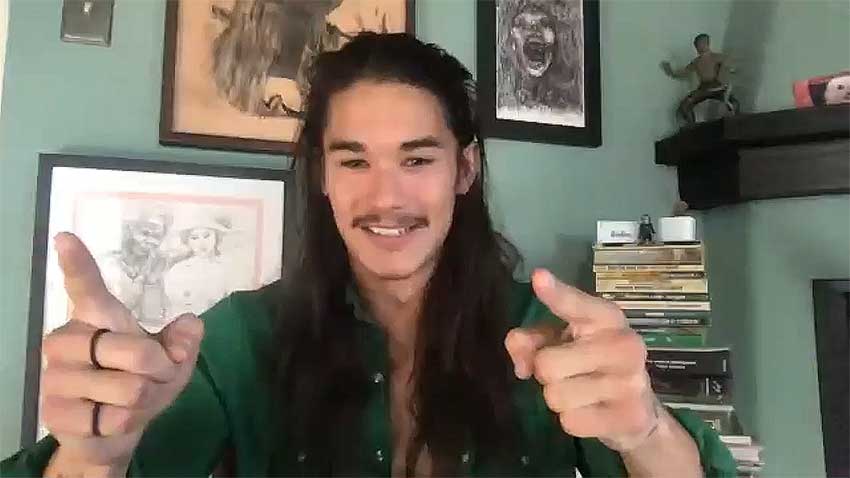 Booboo Stewart (DESCENDANTS, TWILIGHT movies) stars in a new horror film, THOSE WHO WALK AWAY (now in select theaters). Booboo and director Robert Rippberger talk about the film that was shot with long takes and little to no cuts. Booboo reveals his love of horror movies and everything film.

Booboo stars as the lead in THOSE WHO WALK AWAY, a psychological horror flick that tested his acting skills with long tracking takes.  The young actor tells CineMovie his role as Max was one of the most satisfying roles to date because of the challenge in the shooting style.

In THOSE WHO WALK AWAY, Max meets Avery after connecting on a dating app. She leads him to a haunted house which turns into a nightmare. The movie is playing in select theaters in Los Angeles and NYC and will arrive On Demand shortly.