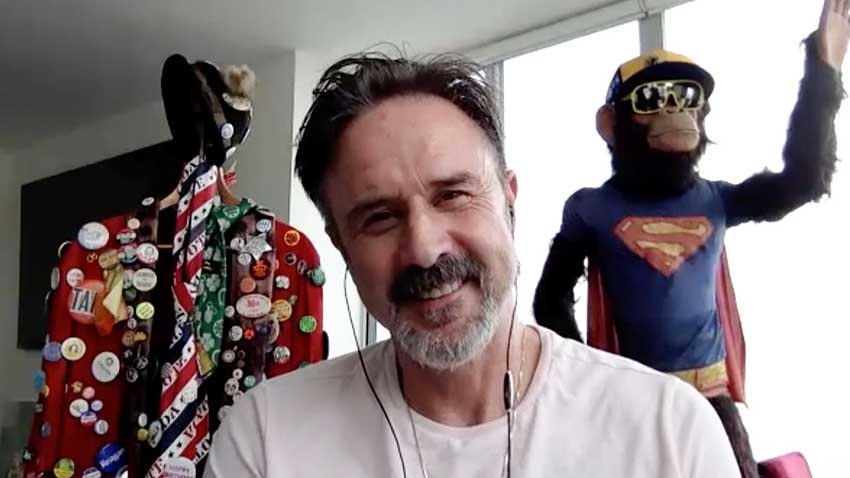 David Arquette (SCREAM, NEVER BEEN KISSED) returns to the wrestling ring in YOU CANNOT KILL DAVID ARQUETTE. Wrestling fans were not thrilled to see the actor attempt a comeback after winning the WCW World Championship in 2000 in an apparent gimmick. He wants to set the record straight on that win, and earn fan's respect. He looked to lucha libre in Tijuana for training, and the experience ended up transforming his life. The  YOU CANNOT KILL DAVID ARQUETTE documents his journey to overcome his personal issues and legitimately become a wrestler.

David Arquette made a name for himself playing quirky characters on screen. The wrestling side gig, however, in 2000 cost him acting jobs, according to the actor in the documentary. He's got something to prove to himself and wrestling fans.

Next David will reprise his role as Deputy Dewey in SCREAM 5 reuniting with his ex-wife Courtney Cox. In the interview, he said no date has been set to start production because of the pandemic.

YOU CANNOT KILL DAVID ARQUETTE is now playing in drive-ins, and coming to VOD August 28.

Official Synopsis
Branded as the most hated man in wrestling after winning a highly controversial WCW World Heavyweight Championship in 2000, actor David Arquette attempts a rocky return to the sport that stalled his promising Hollywood career. Dangerously determined to redeem his reputation and reclaim his self-respect, Arquette will stop at nothing to earn his place in professional wrestling.