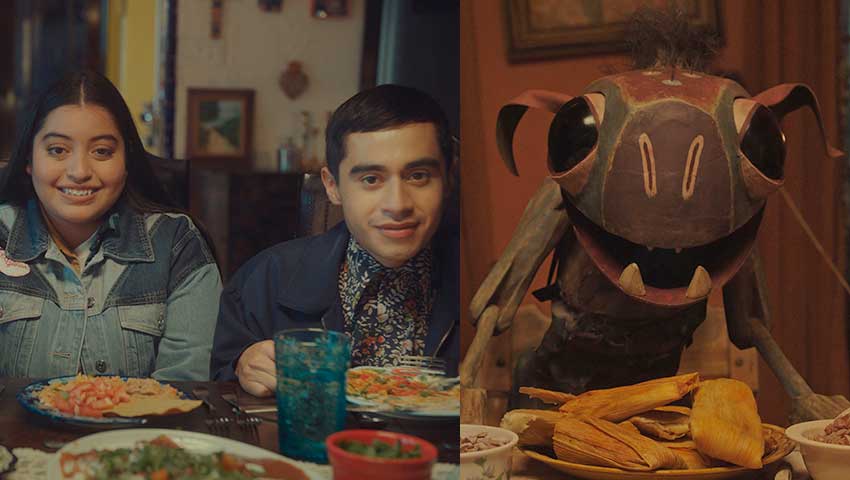 Filmmakers Jessica Mendez Siquieros and Anne Marie Pace were two of the six lucky directors/writers chosen to make a short film for Disney+’s collection of live-action shorts, titled LAUNCHPAD. The two bicultural Latinas tell CineMovie what inspired their short films and how being a bicultural American informs their work.

Disney gave the first round of six filmmakers from underrepresented backgrounds a chance to write and direct a live-action short film based on the theme, "Discover." The collection of six shorts are now available to watch on Disney+.

Anne Marie Pace's short film GROWING FANGS follows a day in the life of Val Garcia, a Mexican-American girl navigating life as a half human/half vampire teen. She keeps her secret from her human best friend, and from the supernatural peers at her new high school.

THE LAST OF THE CHUPACABRAS is written and directed by Jessica Mendez Siquieros. This short follows a lonely, elderly Mexican-American woman living in a world where culture no longer exists. She keeps her bicultural traditions alive in her home. One night an ancient creature shows up on her doorstep with an unknown purpose.

At a recent press conference with the filmmakers, CineMovie asked the directors how being bicultural Americans informed their work.

Anne Marie: I can start it off. I think in so many ways, my story in and of itself is about being multifaceted in your identity and she's struggling with the acumen and half samphire. It's something I grew up with being Mexican-American and bisexual and coming from these different identities and having my foot in either world and trying to figure out what that meant and what my identity was amongst that.

I think something I had to learn later in life was that being a part of multiple identities doesn't make you any less of that identity, but it all compounds and makes you fully who you are. In the story, that's what I wanted, which is discover and within myself as a filmmaker, it's something that I take forward in all of my storytelling of really grasping from all the different experiences and taking them as a part of myself to fully be able to make these stories complete.

Jessica: I do think that getting so incredibly specific about your story as somebody who chose the line between, also like being Mexican American and indigenous really with the lineage of my family is, but that comes with so many complex layers of like, who owned what land at what point in time and what culture was put onto that land.

I think at a certain point, you just realize as a filmmaker that you have to get so incredibly specific about who you are. I think that's the biggest gift that we can give through our storytelling is this story. I know my phone personally, there's no way that I could possibly be a blanket for what Mexican-American means or for what in this huge umbrella term of Latinx means, but what I can do is get incredibly specific about my experience and the layers of culture that I have on my life and share those stories.

I think that it's such a gift and for me, it gets to be this layered really political statement of where my style and influences come from matching with my heritage that I've never seen represented in those styles. It gets to be this really fun lively challenge to the world.