Exclusive: Michael B Jordan Talks 'Creed III' Directorial Debut and Why It Was Important to Represent Mexican Boxing 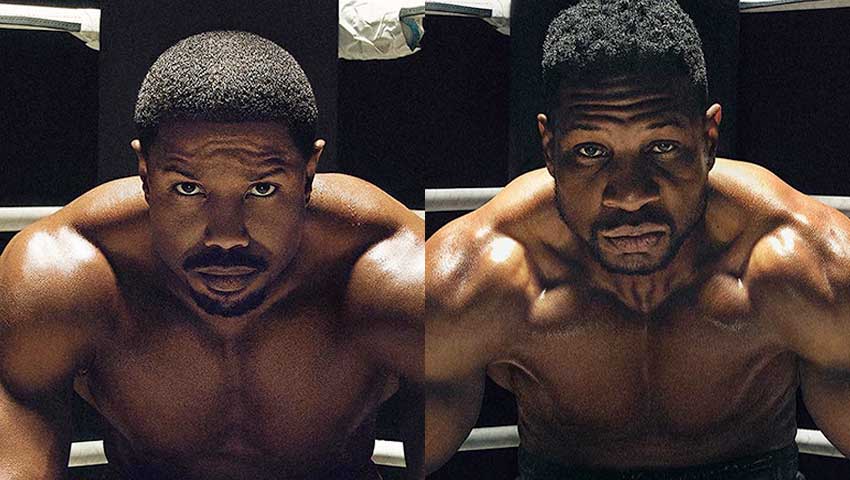 Michael B. Jordan takes his career to the next level behind the camera in the director’s chair for CREED III. The actor and now first-time filmmaker says he put a piece of himself into the story.

Jordan first played Adonis Creed in the 2015 film, CREED, directed by Ryan Coogler (BLACK PANTHER). In the first two films, Creed is mentored by Rocky (Sylvester Stallone), but in the brand new trailer for CREED III, Adonis takes someone under his own wing played by Jonathan Mayors but soon his old friend becomes his enemy.

Michael B. Jordan (“Black Panther) revealed at a trailer launch event that Coogler was instrumental in his decision to take the helm with a character he knows best, and encouraged his transition. “You just gotta jump in the deep end and go for it,” is the advice Coogler offered Jordan.
Directing CREED III provided Jordan an opportunity to insert a bit of himself into a character he’s been playing for seven years.

“I finally got to this place in my career where I wanted to tell a story and not just be in front of the camera, not just execute somebody else's vision,” Jordan said. “And having a character that I've played twice before, it's been seven, eight years living with this guy. So to be able to tell a story of where I believe Adonis is at, and also at 35 years old, I had a lot to say as a young man, as a young Black man, just my life experiences and how I could actually share that, share a piece of myself with the world - through these characters and through this story. So I just felt like it was the right time.”

Besides wanting to express himself as a person of color and artist, the director/actor wanted to bring in a more honest portrayal that has been lacking in boxing movies.

“You know, we just looked back, you know, it's the history of boxing, and the Mexican culture is such a pillar within the sport of boxing and felt like there wasn't really a lot of representation throughout the films in that type of way,” Jordan revealed.   "And it just didn't seem like the reality I lived in. So I wanted to incorporate Mexican culture into this film where we could, and, you know, you see Canelo in this project as well.”

Aside from Canelo, lightweight world champion Teófimo López joins the cast. Jordan also called out actor Jose Benitez who plays a pivotal part as Felix Chavez, a character Jordan says is a standout in the film.