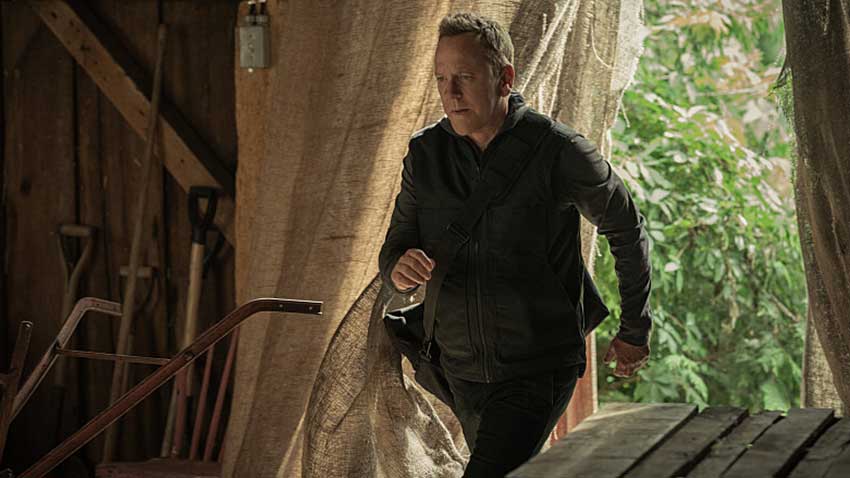 Keifer Sutherland returns to the espionage game in Paramount+'s new series, RABBIT HOLE. On Monday, Sutherland, his costars Meta Golding, Enid Graham and Rob Yang and showrunners John Requa and Glenn Ficarra (This is Us) talked about the show for the first time at the Television Critics Association panel.

Produced by CBS Studios, the eight-episode season will premiere Sun., March 26 with two episodes. Sutherland is also an executive producer on the Paramount+ series.

In RABBIT HOLE, Keifer Sutherland is John Weir, a master of deception in the world of corporate espionage until the tables are turned and Weir is framed for murder by powerful forces.

During the panel, the former 24 star revealed the streaming series is a lot less grueling than his last outing on network television. Showrunners John Requa and Glenn Ficarra reveal they were interested in transitioning from This Is Us to an action-oriented series, and when they heard that Sutherland was looking for a project, they started writing the show for him.

See the full press release and the first-look photos below. 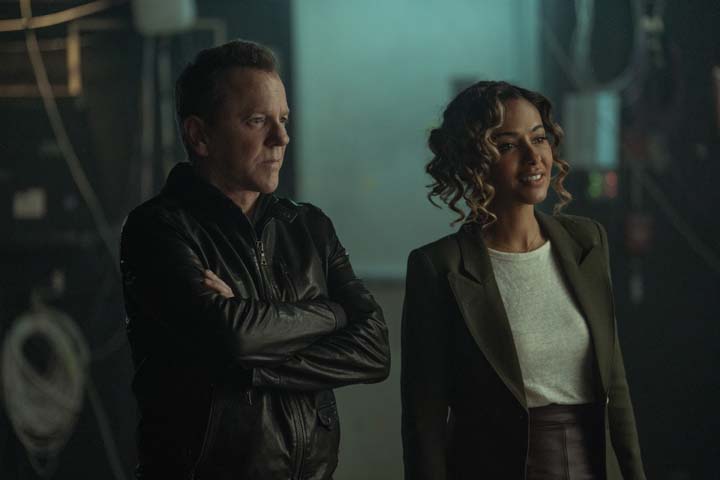 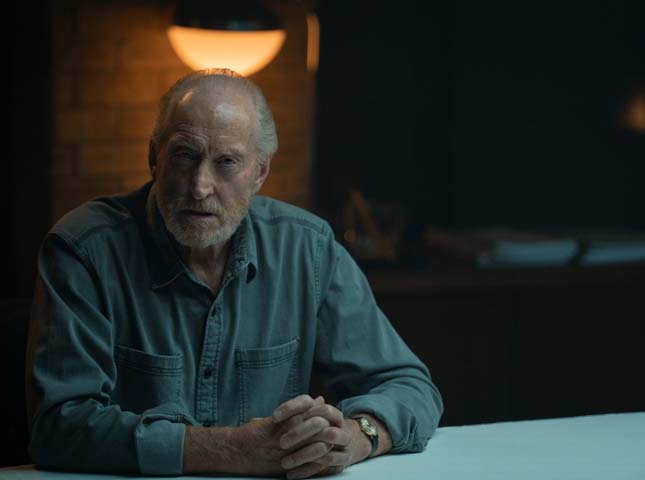 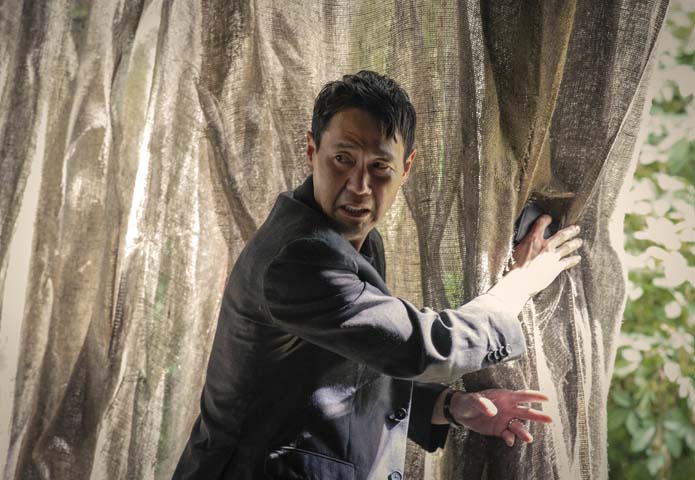 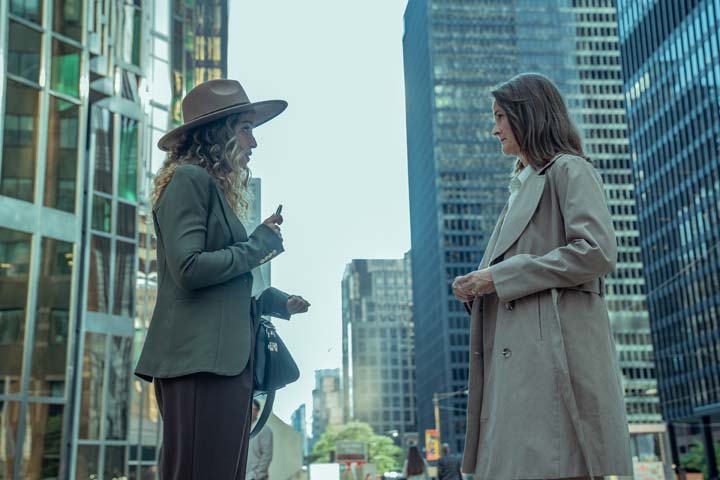 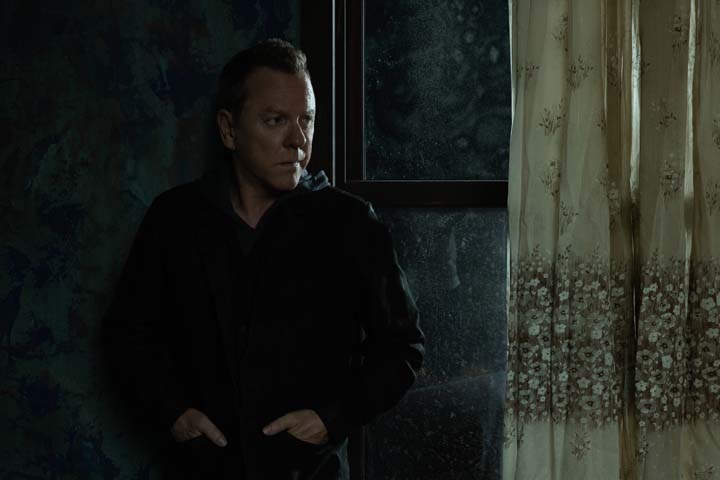 Official Announcement
Paramount+ today announced the premiere date for RABBIT HOLE and released the series teaser art. Produced by CBS Studios, the eight-episode season will premiere Sun., March 26 with two episodes. New episodes will drop weekly on Sundays, exclusively on Paramount+ in the U.S. and Canada, and on the following day Mon., March 27 in the U.K., Australia, Latin America, Italy, Germany, Switzerland, Austria and France. The premiere date in South Korea will be announced at a later date.

In RABBIT HOLE, nothing is what it seems when John Weir (Sutherland), a master of deception in the world of corporate espionage, is framed for murder by powerful forces with the ability to influence and control populations.

About Paramount+
Paramount+, a direct-to-consumer digital subscription video on-demand and live streaming service, combines live sports, breaking news and a mountain of entertainment. The premium streaming service features an expansive library of original series, hit shows and popular movies across every genre from world-renowned brands and production studios, including BET, CBS, Comedy Central, MTV, Nickelodeon, Paramount Pictures and the Smithsonian Channel. The service is also the streaming home to unmatched sports programming, including every CBS Sports event, from golf to football to basketball and more, plus exclusive streaming rights for major sports properties, including some of the world’s biggest and most popular soccer leagues. Paramount+ also enables subscribers to stream local CBS stations live across the U.S. in addition to the ability to stream CBS News Streaming Network for 24/7 news, CBS Sports HQ for sports news and analysis.

About CBS Studios
CBS Studios is one of the industry’s leading suppliers of programming with more than 70 series currently in production across broadcast and cable networks, streaming services and other emerging platforms. The Studio’s expansive portfolio spans a diverse slate of commercially successful and critically acclaimed scripted programming, genre-defining franchises including the ever-growing “Star Trek” universe, award-winning late night and daytime talk shows, and an extensive library of iconic intellectual property.