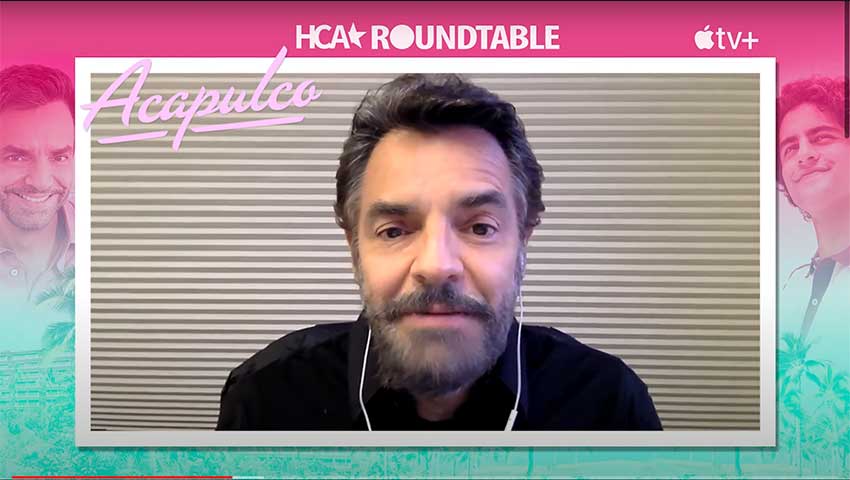 As a member of the Hollywood Critic's Association (HCA), I took part in the HCA roundtable panel with Eugenio Derbez who stars and executive produces the new Apple TV+ series, Acapulco. The Mexican actor/producer discusses with the panel his reasons for creating a positive show in the vein of Ted Lasso. The series is now airing on the streaming service.

From Eugenio Derbez's production company, 3Pas comes a bilingual comedy series set in the 80s at a Mexican resort. Acapulco tells the story of Máximo Gallardo (Enrique Arrizon) who lands his dream job at the resort. As the cabana boy, he realizes the job requires his principles to be compromised in order to succeed. Derbez narrates the story who portrays the present-day version of Máximo.

My colleagues Nestor Betancourt, Jana Nascimento and I discuss the comedy and why it harkens back to the family-friendly sitcoms of the 70s like The Love Boat and Gilligan's Island. He also touches upon his constant battles to avoid Latino stereotypes in Hollywood.