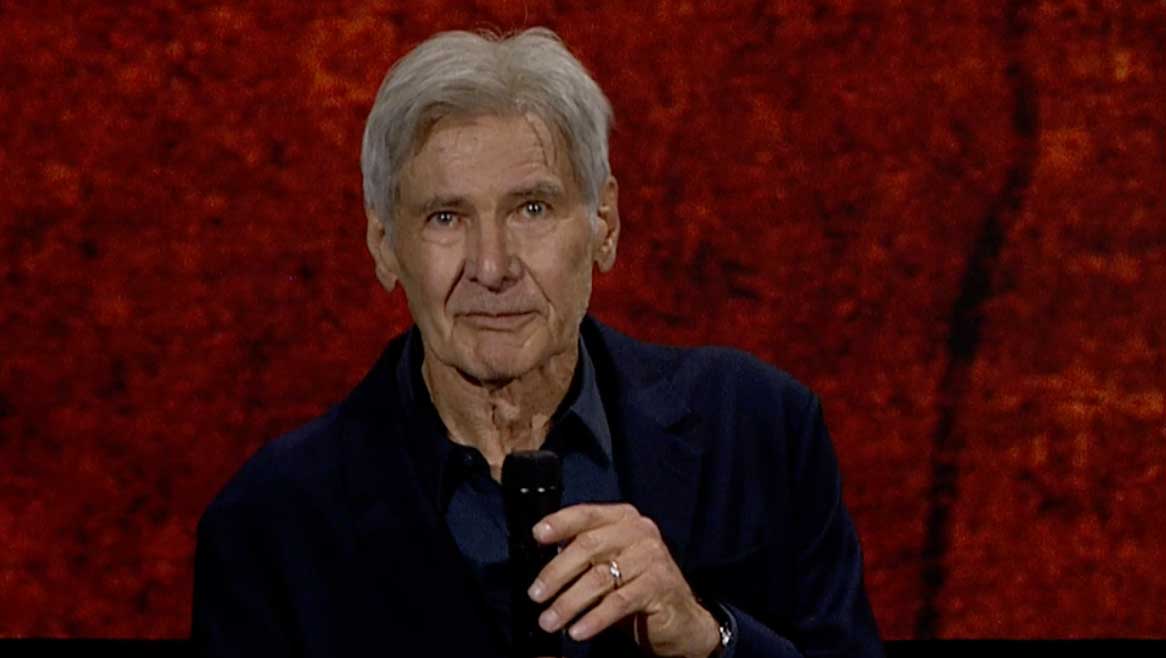 The usually stoic Harrison Ford got teary-eyed at the D23 Expo Saturday during the Lucasfilm panel when talking about fans love for the INDIANA JONES movies and he teased the fifth installment directed by James Mangold is “fantastic.” Watch his moving speech below.

Phoebe Waller-Bridge was also at the D23 Expo talking up the new INDIANA JONES and echoed Ford's sentiment that the action film will be a memorable one. That's not hard to believe with James Mangold (LOGAN, FORD V FERRERI, 3:10 TO YUMA) at the helm whose track record is flawless.