Joe Manganiello (Love, Death & Robots) and Dominic Monaghan (LORD OF THE RINGS) star in AMC+'s new science fiction series, Moonhaven. The actors discuss the broad themes of the show and whether they’d consider living on another planet like their characters. Watch the interview below.

Dominic plays Paul, a Moon resident and police detective of MoonHaven, a hippie-like commune while Joe plays Tomm, an ex-soldier from Earth hired as a bodyguard for an Earth ambassador. Moonhaven is a utopian community on the Moon built to discover solutions that might serve Earth. However, this idyllic commune is not what it seems, and the same goes for Joe and Dominic's character. 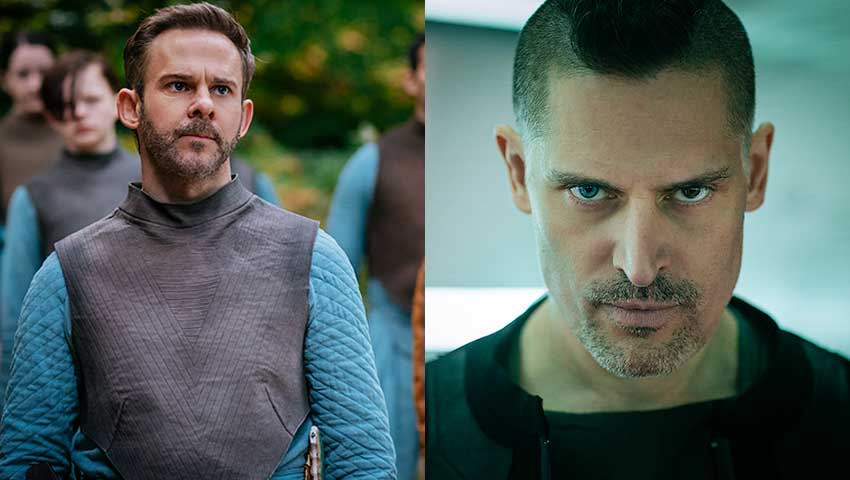 Moonhaven centers on Bella Sway (McDonald), a lunar cargo pilot and smuggler 100 years in the future who finds herself accused of a crime and marooned on Moonhaven, a utopian community set on a 500 square mile Garden of Eden built on the Moon to find solutions to the problems that will soon end civilization on Mother Earth. A skeptic in Paradise, Bella is sucked into a conspiracy to gain control of the artificial intelligence responsible for Moonhaven's miracles and teams with a local detective to stop the forces that want to destroy Earth's last hope before they are destroyed themselves.