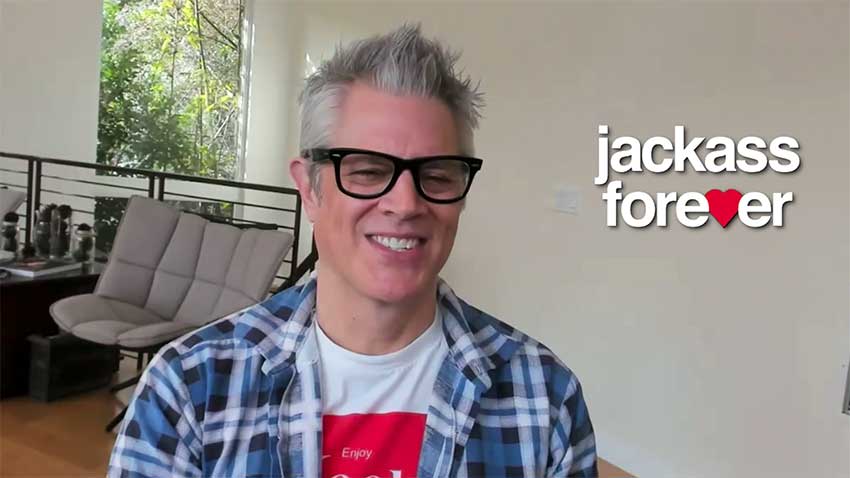 Johnny Knoxville recruited a new set of Jackasses for JACKASS FOREVER. He tells us what qualifications they were looking for during their search. After suffering a serious injury from one of the crazy stunts for the movie, Knoxville is ready for the sidelines. but he hasn't ruled out playing Bad Grandpa once again.

Knoxville was seriously injured after being impaled by a bull during a stunt for JACKASS FOREVER. While he doesn't rule out another JACKASS project, he plans to stay on the sidelines but his cohorts don't think he'll stick to that promise. He also tells us that a Bad Grandpa movie is not out of the question since he may not need as much make-up for that role.

JACKASS FOREVER will be in movie theaters February 4.