Meet Actresses Behind Hilarious British Comedy, 'We Are Lady Parts' 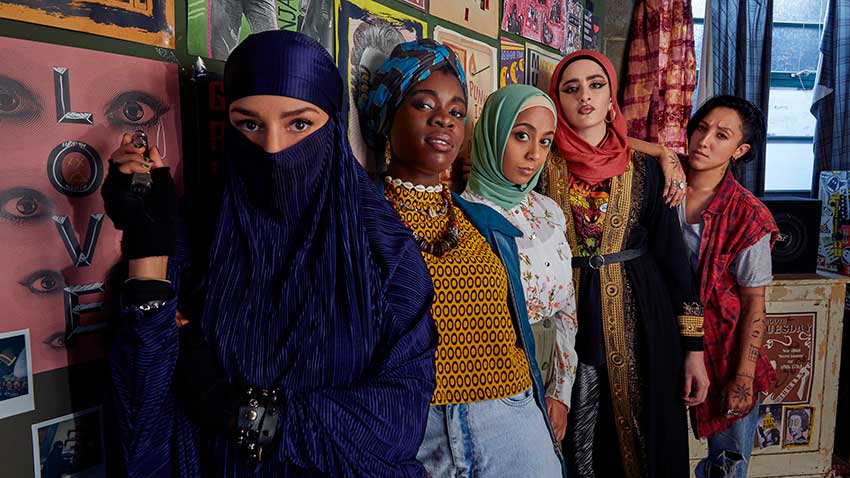 The British comedy, We Are Lady Parts arrives in the United States on PeacockTV (now streaming). The 6-episodes streaming series centers around an all-female Muslim band seeking a lead guitarist who might not be the rock n' roll type but she plays one hell of a guitar. The band also struggles to reconcile their culture and their love for punk rock music. The new series is a cross between SCHOOL OF ROCK and BEND IT LIKE BECKHAM. When we mention the Jack Black movie, one of the actresses challenges Jack Black to a music competition.  Meet two of the ladies from Lady Parts, Anjana Vasan and Sarah Kameel Impey in our interview below.

We Are Lady Parts shows the highs and lows of the band – Lady Parts – as seen through the eyes of Amina Hussain – a geeky microbiology Ph.D. student, who’s on the lookout for love and is recruited to be their unlikely lead guitarist. Lady Parts’ fierce and enigmatic frontwoman Saira sees something in Amina. However, the other members – taxi-driving drummer Ayesha, cartoon-drawing bassist and backing vocalist Bisma, and the band’s wheeler-dealer band manager Momtaz – are not convinced she is right for their band. Amina has never met girls like this before, and she’s soon swept up in their joyful, anarchic energy and punk spirit. But she becomes torn and caught up between two different worlds – that of her more strait-laced university friends led by her bestie Noor and the world of Lady Parts. Will she be the key to the band’s success? And - will she finally find a husband?