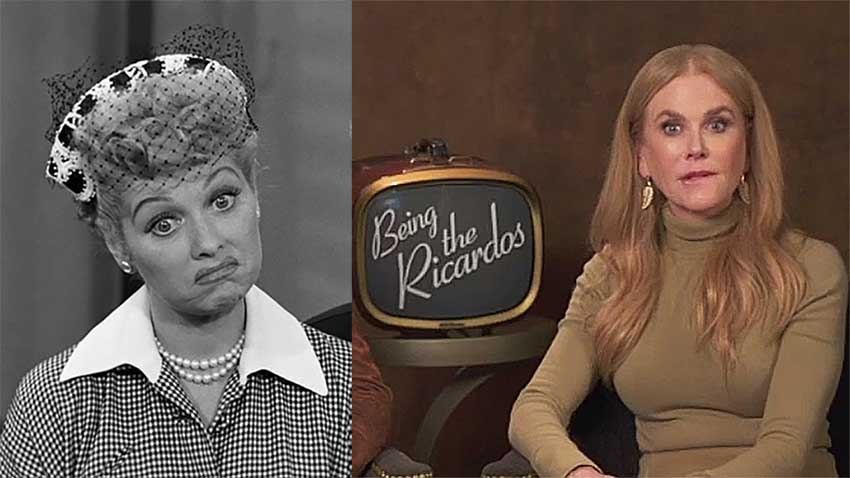 Nicole Kidman takes on the most iconic woman in Hollywood in BEING THE RICARDOS. At one point in her process of preparing to play the dual role of Lucille Ball and Lucy Ricardo, she had a mini-freak out thinking there's no way she could capture the icon's voice or manners. The actress explains how writer/director Aaron Sorkin gave her confidence to play the role.

Aaron Sorkin writes and directs BEING THE RICARDOS starring Kidman and Javier Bardem as Hollywood's iconic couple. The Prime Video movie follows Lucy and Desi Arnaz during one of the worst weeks in their lives when Lucille Ball was about to be publicly accused of being a member of the Communist Party and the tabloids were reporting about Desi's infidelity.

BEING THE RICARDOS will be in movie theaters and on Prime Video on December 21.