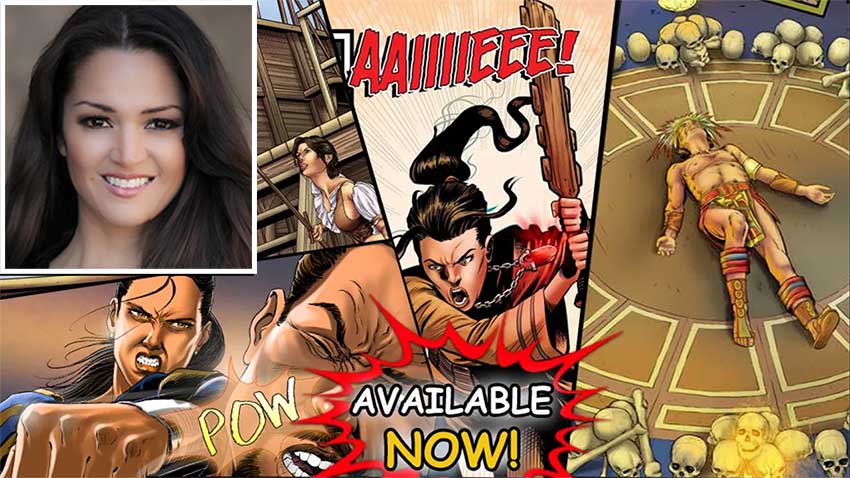 Actress Paula Garces (On My Block, Harold & Kumar) was inspired to create a Latina comic book character named Aluna for a comic book titled "The World of Aluna" after seeing a lack of representation in graphic novels. After a successful launch, Aluna was incorporated as a video game and is now available on PC, Nintendo Switch, PlayStation 4, and Xbox. The actress talks about her journey in bringing a Spanish/indigenous character to life, and she gives us some scoop on the fourth season of Netflix's On My Block.

After attending her first Comic-Con and learning that Latina superheroes were underrepresented in comic books, she took matters into her own hands and created Aluna, the warrior daughter of a Spanish conquistador and South American nature goddess Pachamama. She created the comic book saga, "The World of Aluna" written by Assassin’s Creed and Batman: Arkham Origins scribes Ryan Galletta, Dooma Wendschuch, and Corey May, which grew a cult following. Garces' creation was then incorporated as a playable character in S2 Games’ popular MOBA Heroes of Newerth, which Garces played for the video game.

Garces and her partners then transitioned into making her own video game, Aluna: Sentinel of the Shards which is now available. Aluna's exploits take her through Inca mythology as she strives to restore the amulet her goddess mother entrusted to her... and fulfill her true destiny.

Garces will return for season 4 of Netflix's On My Block this fall as well as direct a few episodes. The actress reveals to CineMovie that the Spooky (Julio Macias) character will have the best redemption story of all time.