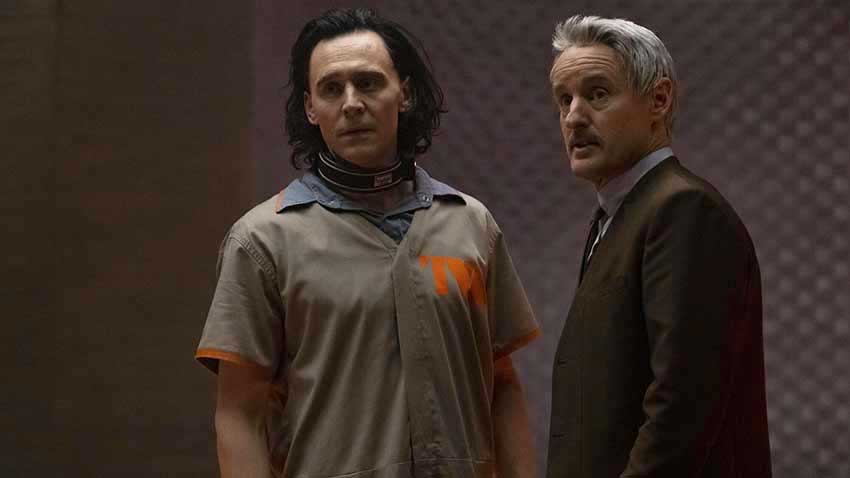 Loki’s Mobius, played by Owen Wilson, knows everything there is to know about the God of Mischief in the new Disney+ series, but the actor playing the TVA agent is not familiar with the MCU or Loki of Asgard. Before the production, Tom Hiddleston sat down with Wilson to give him the 411 on the anti-hero’s misadventures, and out of those “Loki lectures,” as the actors refer to it, the script started to take shape with some of Wilson’s takes on the beloved character making their way onto their quirky banter.

The new six-episode Disney+ series picks up after the events of AVENGERS: ENDGAME when Loki gets ahold of the Tesseract, and escapes his future fate at the hands of Thanos. However, the Time Variance Authority (TVA), a bureaucratic agency charged with keeping the multiverse on course, picks up the time traveler, and charges him with violating the Sacred Timeline. TVA agent Mobius, however, takes Loki under his wing to help him catch another time traveling bandit that may have a connection with Loki.

Wilson didn’t come in a Marvel fan, so the actor needed some schooling on everyone’s favorite villain which Hiddleston volunteered to do.

In the first episode of Loki on Disney+, there are lengthy discussion between Mobius and Loki where Mobius breaks down Loki’s past and the reasons behind his power grabs and betrayals. The TVA agent brings up some really unique takes on the Loki, and the actors reveal that much of the dialogue grew out of Hiddleston’s “Loki Lectures” with Wilson providing an outside perspective.

“Before we started filming, Tom very generously and patiently kind of talked me through the whole sort of MCU mythology and-and Loki,” reveals Wilson at a recent press conference. "And we were calling them the Loki lectures. And letting me kind of ask questions. And I think that was really important and really helpful to our dynamic once we started filming the scenes. Because some of our conversations just when we were kind of going over that stuff, would work its way in.” 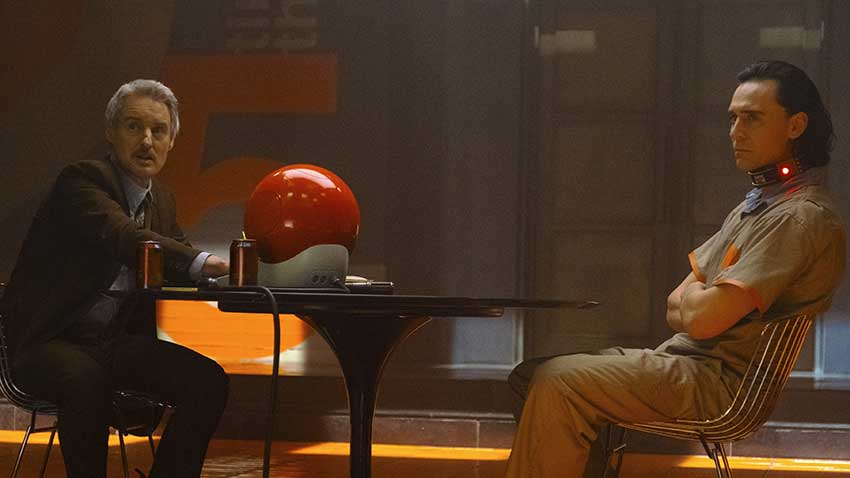 In return, Hiddleston also learned much more about his character’s pathos through an outside perspective.

“Owen asked such insightful, intelligent questions that made me rethink various aspects of the character, says the actor about Wilson. “I think our conversations found their way into the scenes themselves which is really nice. And then, you know, in the interactions because they're quite intense conversations.

Wilson likens Mobius’ interaction with Loki to a chess match, but in order to “stay on equal footing with the God of Mischief,” Wilson personally had to know the MCU fan favorite inside and out.

Wilson wasn’t the only one who partook in the “Loki Lectures.’ Professor Hiddleston took the show on the road sharing his Loki knowledge with the crew.

“I think they were curious about so many different decisions that had been made by everybody who had been the inspiration for what had come before,” says Hiddleston.

Unfortunately his other costars Gugu Mbatha-Raw (MOTHERLESS BROOKLYN, BEAUTY AND THE BEAST), who plays TVA judge Ravonna Renslayer, and Wunmi Mosaku (His House, Lovecraft Country) didn’t have the pleasure of the history lesson.

“I think I missed it, Mbathat-Raw says laughingly. “I think I was in London when the Loki lectures happened. I mean you know, Tom helped me with some pronunciation of a few things. And it's great just to have Tom on hand, just as our sort of leader encyclopedia.

Wunmi, whose character Hunter B-15 isn’t a fan of Loki, received her Loki 411 from director Kate Herron.

“I missed all the Loki lectures, says the actress. “I got like a Marvel lecture from Kate from like IRON MAN to the season finale with Loki, [LAUGH] and how we all fit in. I watched the films and I mean, Tom you filled me in on Loki…. I got some gossip.”

Wunmi also revealed a fun fact during the press conference. She, Hiddleston and Mbatha Raw attended the same drama school together, so they were knew each other before shooting the Loki series.

You know who doesn't need a Loki lesson - Hiddleston's die-hard fans but they'll certainly see a different side of Loki in the new series.

The first episode is now available on Disney+ with new episodes premiering every Wednesday.