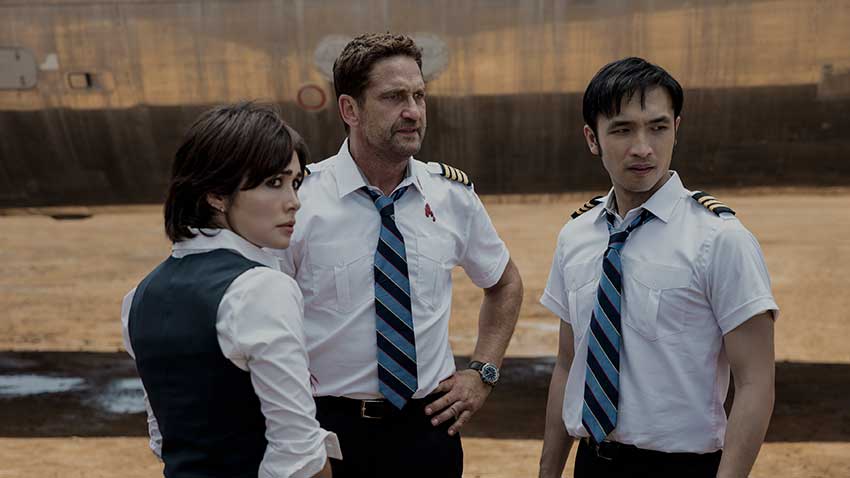 Daniella Pineda stars with Gerard Butler and Mike Colter in the action-thriller, PLANE. The actress chats with CineMovie about working on a low-budget action after starring in the JURASSIC WORLD franchise, and as a fledging producer herself, she watched the actor/producer on set for tips.

Gerard Butler is pilot Brodie Torrance who safely lands his plane after a mid-air malfunction but just when they think they've survived, the island turns out to be a hotbed for rebels. When the passengers are taken hostage, Torrance must confide in an accused murderer Louis Gaspare (Mike Colter) for help.