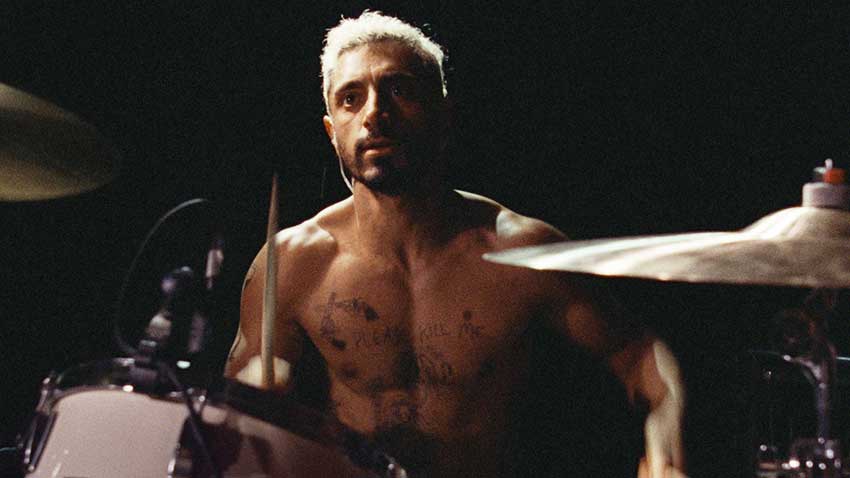 Riz Ahmed (VENOM) talks about his powerful performance in SOUND OF METAL as a former drug addict and drummer who loses his hearing. He explains why drumming was a hard thing to pick up and learning sign language.

SOUND OF METAL is in theaters and coming to Amazon Prime Video on December 4.

Directed by Darius Marder, SOUND OF METAL also stars Olivia Cooke as his band member and girlfriend. The film features many hearing-impaired actors

About SOUND OF METAL During a series of adrenaline-fueled one-night gigs, itinerant punk-metal drummer Ruben (Riz Ahmed) begins to experience intermittent hearing loss. When a specialist tells him his condition will rapidly worsen, he thinks his music career — and with it his life — is over. His bandmate and girlfriend Lou (Olivia Cooke) checks the recovering heroin addict into a secluded sober house for the deaf in hopes it will prevent a relapse and help him learn to adapt to his new situation. But after being welcomed into a community that accepts him just as he is, Ruben has to choose between his equilibrium and the drive to reclaim the life he once knew. Utilizing startling, innovative sound design techniques, director Darius Marder takes audiences inside Ruben’s experience to vividly recreate his journey into a rarely examined world.