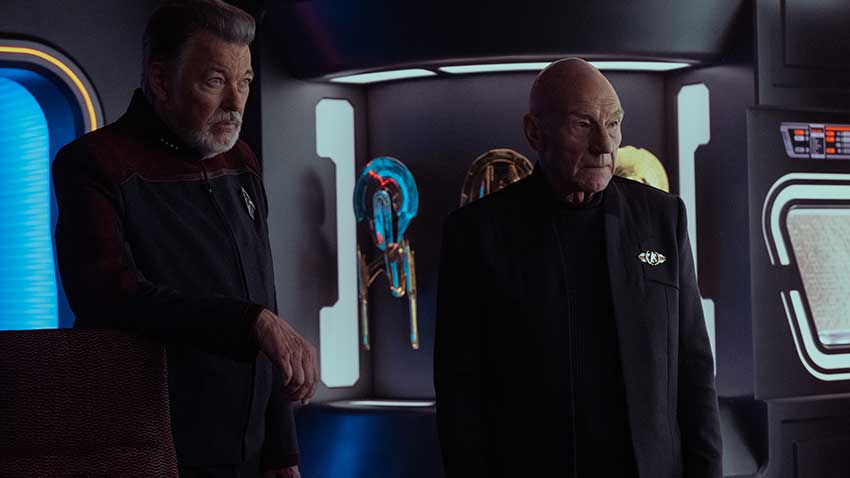 Star Trek: Picard ends with a 10-episode season 3 on Paramount+ but will it be the last outing for Picard (Patrick Stewart) and the crew? At Monday's Television Critics Association's Paramount+ panel, executive producer Alex Kurtzman and Patrick Stewart don't completely close the door on Jean-Luc Picard's story.

Patrick Stewart reprised his Jean-Luc Picard role in Star Trek: Picard after seven seasons on Star Trek: The Next Generation. As a second iteration of the captain and the crew comes to another end in a more proper way, says showrunner Terry Matalas. "Star Trek: The Next Generation never got a final send-off." The showrunner who started out as a production assistant on Generations adds that the third season completes the story. "There's a strong sense of conclusion to the storyline."

However, Kurtzman leaves the door open. "Anything is possible," says the executive producer. "We didn't close all the doors. If season 3 "blows up," they may want to revisit the show again.

Stewart isn't shutting the door either for Picard. "If we can maintain the work quality of seasons one, two and three of Picard, then absolutely yes because there is still enormous potential..., says Picard. "There are doors left open. We didn't close all of them."

Before Star Trek: Picard comes to an end, prepare for some classic characters to return in the third season. Matalas teased that other Generations fan favorites will make an appearance.

Season three premieres on February 16, 2023, exclusively on Paramount+ in the U.S.