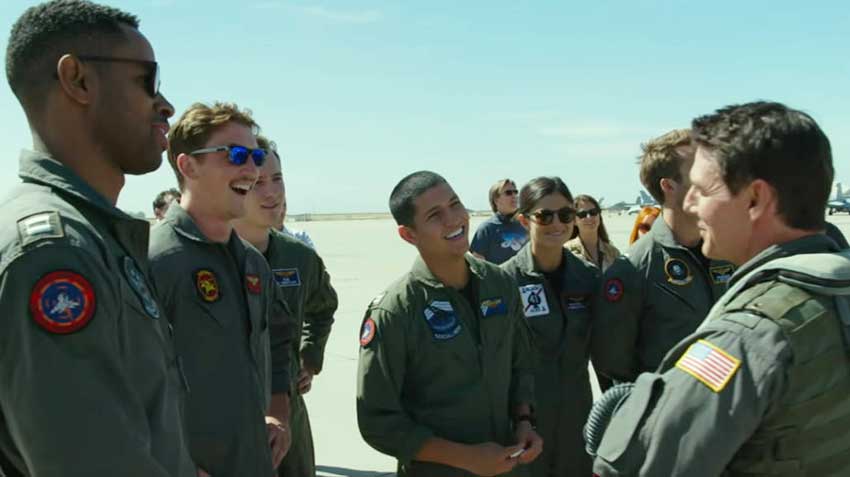 The TOP GUN: MAVERICK descends onto 4K, Blu-ray and DVD with 110 minutes of bonus content. When CineMovie talked to the cast of the TOP GUN sequel, Jon Hamm, Miles Teller, Jennifer Connelly, Charles Parnell, Monica Barbaro, Jay Ellis, Glenn Powell, Bashir Salahuddin, Lewis Pullman, Danny Ramirez and Greg "Tarzan" Davis revealed some fun behind the scenes tidbits about Tom Cruise and his daredevil antics. They also reveal what it was like having Cruise as a mentor.

TOP GUN: MAVERICK is Tom Cruise's highest-grossing film with $685.1 million at the domestic box office. The sequel surpassed BLACK PANTHER to land at #5 on the all-time domestic box office charts.  The jaw-dropping action scenes had audiences returning for seconds in movie theaters, and the movie still ranks in the top 20 in the most recent box office weekend even though it's now available on Digital and home release.