Video: Tom Felton On Playing A Rock Star Demon in New Netflix Movie and Starring In A Musical 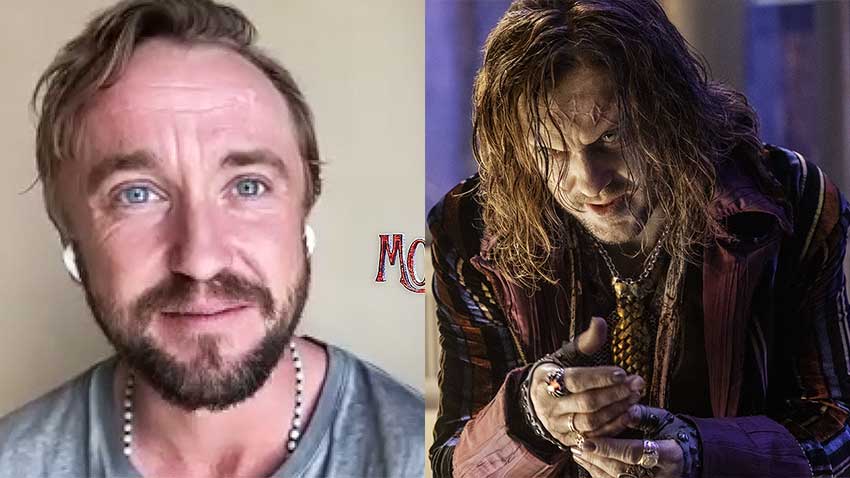 Tom Felton is back in the magic business starring as the rock star-looking demon in Netflix's A BABYSITTER'S GUIDE TO MONSTER HUNTING. The HARRY POTTER star traumatizes young teens as the "Grand Guignol" in the new movie now streaming on Netflix. The actor reveals his nightmare demon was inspired by Rolling Stone's Mick Jagger in his swagger, and the musician in him was thrilled to have a small singing role.  CineMovie also asked the actor best known as Draco Malfoy if he's over the Harry Potter craze.

Directed by Rachel Talalay ("The Flash"), who first worked with Felton when he was 7 years-old,  A BABYSITTER'S GUIDE TO MONTER HUNTING is based on Joe Ballarini's popular stories of the same name.  The film also stars Tamara Smart (ARTEMIS FOWL), Oona Laurence (BAD MOMS) and Indya Moore ("Posse").

Based on the first installment of Joe Ballarini's popular scary book series of the same name,  A BABYSITTER’S GUIDE TO MONSTER HUNTING is directed by Rachel Talalay, produced by Ivan Reitman and Amie Karp, with Naia Cucukov, Tom Pollock, and Ilona Herzberg executive producing. Alessio Scalzotto, Tamsen McDonough, Ashton Arbab, Crystal Balint, and Ricky He also co-star in this action-packed adventure about working together to overcome your fears.