Big-time Hollywood producer James Schamus (CROUCHING TIGER HIDDEN DRAGON, HULK) was motivated to make SOMOS. after reading the investigative article by Pulitzer Prize-winning journalist Ginger Thompson about the 2011 massacre of residents in a small Mexican town by the Zetas cartel as payback for a DEA operation. The limited Netflix series is a recreation of the human stories behind the tragedy that befell the residents of Allende, Mexico. Schamus explains in the video below what about the story inspired him to take this journey to make SOMOS. and why he fictionalized the story rather than making a documentary about the tragedy.

In 2011, the DEA was running an operation in Allende, Mexico using informants to track down members of the Zetas cartel. When the DEA leaked the information to a federal Mexican government group that combats the cartels, informants there alerted the Zetas. They went into town to track down those informants, their families, and witnesses to their atrocities and killed them, later burning their bodies to rid the evidence. Thompson's 2017 article states that officials counted 28 deaths among the victims, but Thompson's reporting confirmed 60. However, a victim's rights group claims about 300 residents were killed over the days-long massacre. Town officials and the police department were complicit in the activities so the official count of the deceased can't be trusted.

Created by James Schamus, and co-written by Mexico’s Monika Revilla and Fernanda Melchor, Shamus admits he was ignorant about the language and the culture so he worked with Mexican-based filmmakers to bring authenticity to the fictionalized story that recreates the stories of the residents leading up to the massacre. Although the SOMOS stories are not based on real accounts, they are inspired by the types of people living in Allende. Schamus' goal was to put faces to the countless lives that were taken that day.

SOMOS. is currently streaming on Netflix. 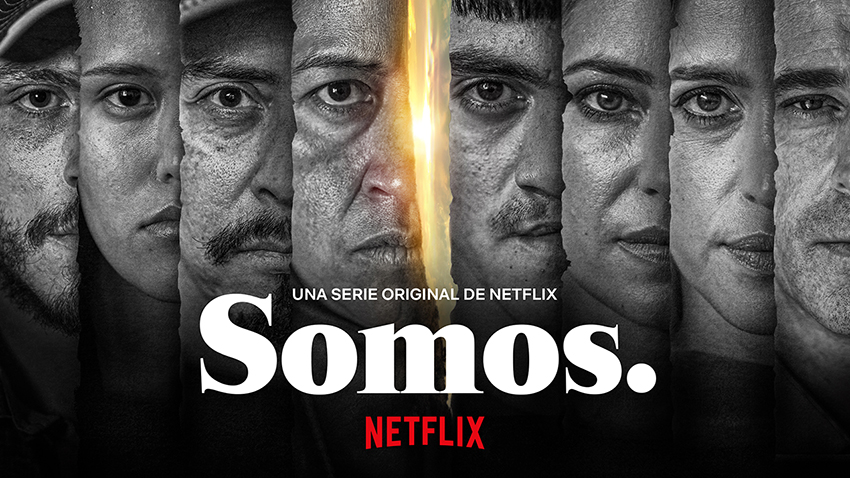