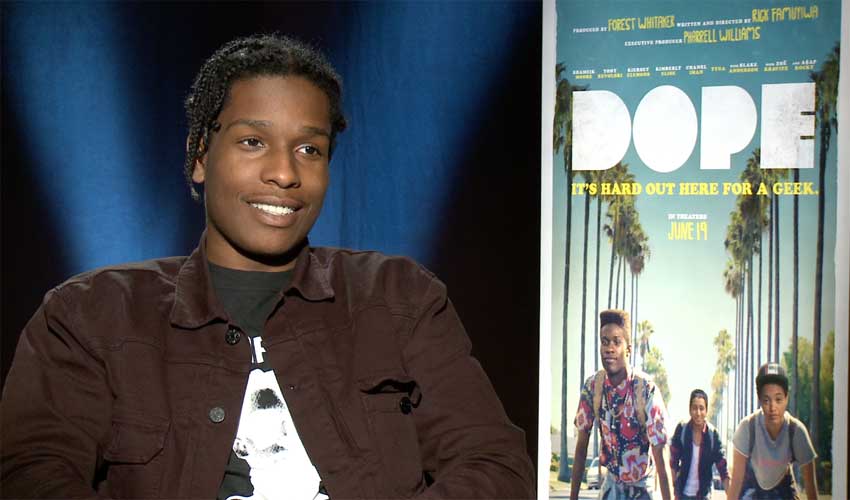 Rakim Mayers, better known by his stage name, A$AP Rocky transitions from music to the movies as an actor in his first role in DOPE. CineMovie talks to the rapper about the new comedy, his new album and why modern day hip hop pales in comparison to 90s hip hop.

In DOPE, Macolm is a geek who’s surviving the tough neighborhood of an urban Los Angeles neighborhood. When a local drug dealer (A$AP) invites him to a party, his life and that of his friends turns into an adventure.