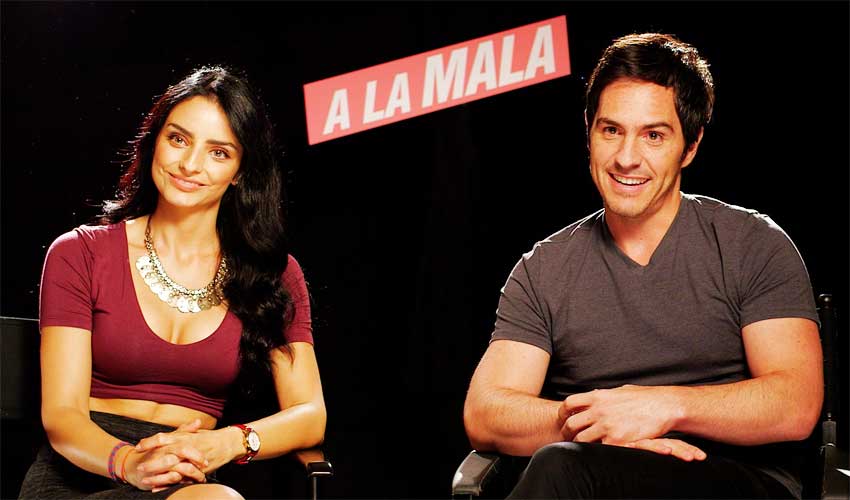 A LA MALA, the romantic comedy that brought Mexican actors Aislinn Derbez and Mauricio Ochmann together as a real-life couple, arrives on DVD August 4. The A LA MALA co-stars didn't reveal their true feelings for each other until they wrapped their Mexican romantic comedy.  The adorable couple tells CineMovie about how they got together after the film, their real first kiss and how they celebrate their anniversary every month. Prepare to swoon over this adorable, old-fashioned couple.