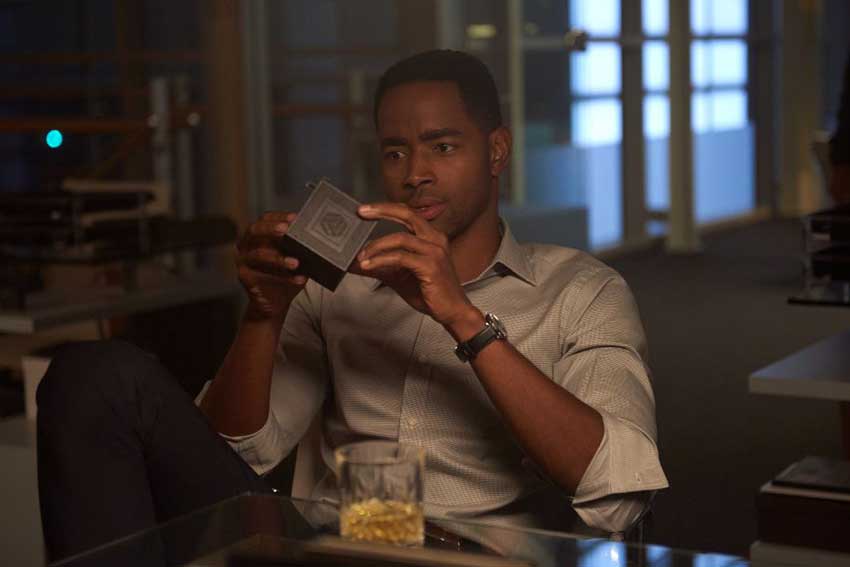 "Insecure" and ESCAPE ROOM actor Jay Ellis will be feeling the need for speed starring alongside Tom Cruise in the TOP GUN sequel. The actor revealed where the production stands and how much longer TOP GUN: MAVERICK is shooting during our sit down.

Jay Ellis will next be seen in ESCAPE ROOM, a psychological thriller about six strangers caught up in a real escape room where the wrong guesses will actually mean life or death. The film opens January 4.

Ellis hit the jackpot when cast alongside Tom Cruise in the TOP GUN sequel  also starring Jennifer Connelly, Miles Teller, Ed Harris, Jon Hamm and Val Kilmer is set to reprise his role as the "Iceman."  The sequel will hit theaters June 26, 2020. Hot shot pilot Pete "Maverick" Mitchell is now a flight instructor to young cadets including a woman.

During our sit down with Jay Ellis for ESCAPE ROOM, he teased a few details about the top secret production including who he is playing,

"I'm one of the pilots in TOP GUN (2). We've been filming for three months and we have another three months to go but I play a pilot in the movie.”

Like the Maverick character in the movie, Ellis says he has something in common with the ace pilot. "I am a thrill junkie myself."

We won't be seeing Jay Ellis in action until 2020 in TOP GUN:  MAVERICK but catch the former "Insecure" actor  on the big screen in  ESCAPE ROOM opening January 4.