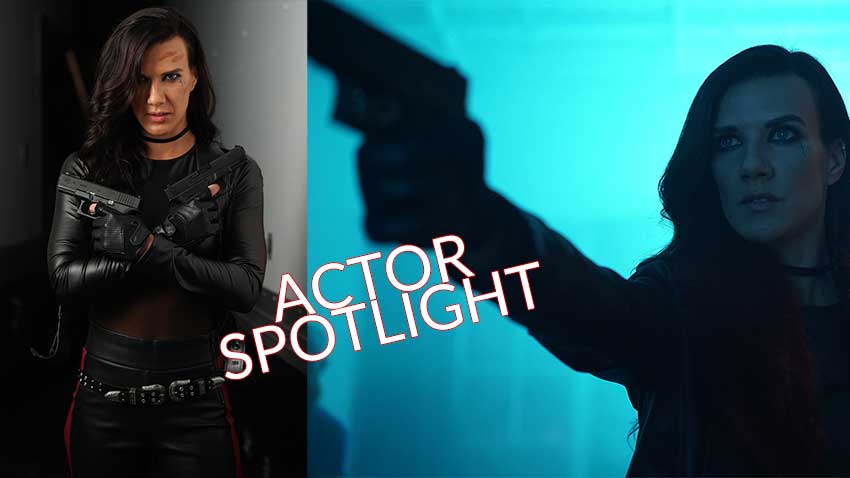 Ukranian-born actress Natalie Burn didn't wait around for Hollywood to cast her as a butt-kicking action hero. She stars and produced the action movie, ACCELERATION with Dolph Lundgren, Chuck Liddell, Danny Trejo, Quinton "Rampage" Jackson, Sean Patrick Flannery and Sally Kirkland in roles. Burn discusses her journey in making the film, and why she wanted to be in control.

As a former ballet dancer and choreographer, Burn is using those skills for fighting on screen as an assasin who must save her kidnapped child. ACCELERATION is now in movie theaters and coming to Digital.

Born in Kiev, Ukraine, Natalie Burn is an award-winning and versatile actress, producer and dancer who will next be seen in the film, ACCELERATION, which she produced and co-stars alongside Dolph Lundgren, Chuck Liddell, Danny Trejo, and Rampage.

Burn began training as a dancer from an early age. At the age of eight she was admitted into the world-renowned Bolshoi Ballet School in Moscow, and in her teens, she moved to London to attend the Royal Ballet School and a few years later was admitted to the Rambert Dance at Brunel University. Subsequently, she moved to Los Angeles to pursue her love of performing and creativity through acting. Burn was admitted to the Lee Strasberg Theatre Institute in West Hollywood where before long, she teamed up with Benny 'The Jet' and trained in kickboxing, jiu jitsu, wire work, and knife, gun and sword fighting. Because of her international background, impressive athleticism and ability to speak four languages, Natalie caught the attention of casting agents and producers in Hollywood and she began winning small roles that helped her hone her craft.

Burn’s other film credits include Hollow Point directed by Daniel Zirilli, Hard Night Falling directed by Giorgio Bruno, Awaken, a motion picture that she created and produced, co-starring Darryl Hannah, Vinnie Jones, Robert Davi and Edward Furlong and for which she won Best Actress awards at the Sunscreen Film Festival and Los Angeles Movie Awards, The Expendables 3, Mechanic Resurrection and recently as producer for The Bayou among many others.

As a choreographer, Burn has worked for numerous theatrical productions and with her production company 7Heaven Productions created a show for UNESCO titled "AstroBallet". She also funded her own charity organization for environmental awareness where she presented her own ballet called "Stella" which gained the support of Michelle Rodrigues and Owen Wilson.