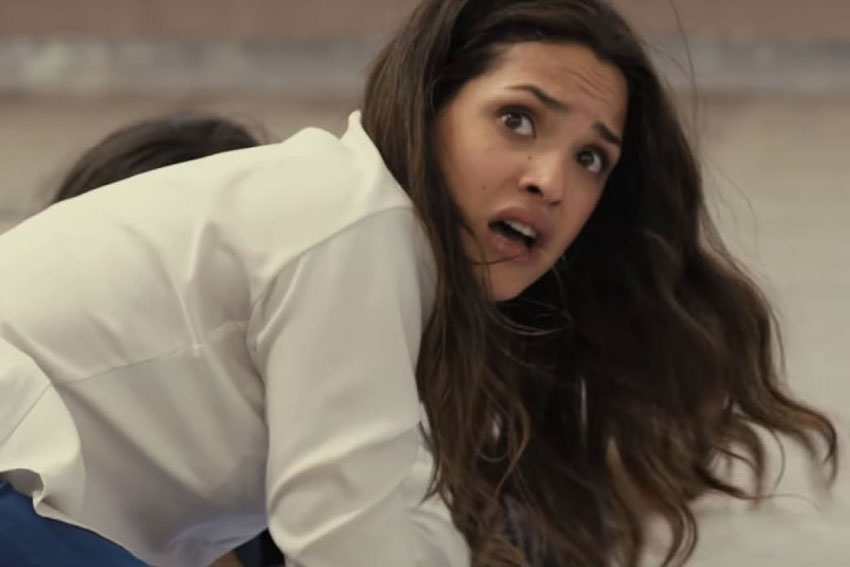 While promoting THE BELKO EXPERIMENT in Los Angeles, the daughter of Latin American singer Ricardo Arjona, spilled the tea on her role in the PACIFIC RIM sequel. The ax-wielding leading lady of THE BELKO EXPERIMENT tells CineMovie she’S lucky to be playing another strong-willed woman in the Guillero del Toro follow-up as a mechanic for the Jaegers. She’s starring with John Boyega (STAR WARS: THE FORCE AWAKENS), Scott Eastwood and Charlie Day reprising his role. She hinted at the fact that she may be in the middle of a love triangle, but foremost she’s playing a tough cookie under the hood of the Jaegars. Listen to the interview below.

Look out for Puerto Rican-born Latina to be a break out star. THE BELKO EXPERIMENT writer/producer James Gunn (GUARDIANS OF THE GALAXY movies) calls his leading lady “one of the best actresses” he’s worked with and he’s looking forward to finding a project for them to work on in the future.

James Gunn Talks 'The Belko Experiment' And Why 'Guardians of the Galaxy Vol. 2' Is His Most Personal Film
blog comments powered by DISQUS back to top