Andy Garcia Interview: 'Without Family You're Nothing' 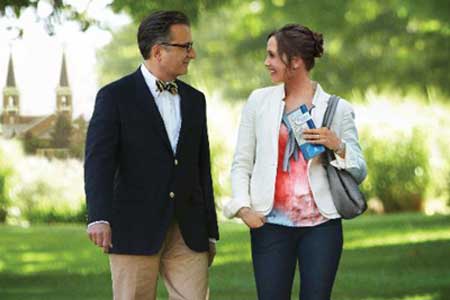 The AT MIDDLETON star Andy Garcia says he finds inspiration everyday from his family and that without family unity, the other parts of life and career "can't function." Starring and producing AT MIDDLETON was a family affair with his daughter acting alongside him. He's also talking about the struggles of getting this independent movie made without interference from the suits.

Opening, January 31st, AT MIDDLETON stars Andy Garcia and Vera Farmiga as strangers who bond over their college-bound kids campus tour. They rediscover themselves and fall in love as they play hooky and goof around during the campus tour. Not only did Andy Garcia bring in his daughter for a role in the film, but Vera Farmiga worked with real-life sister Taissa Farmiga (American Horror Story: Coven) playing her daughter. Watch Trailer

Andy reflects on the film's meaning and the struggle of bringing this story to the big screen.

Q: How did you see you character and what he went through?

Andy Garcia: What Glenn (writer) always says is this, the characters at home started their relationship at home at a 10 but for a long time now they have been coasting at a 5 so they're kind of in a vulnerable state. So these two characters happen to find each other in this day and are surprised this thunderbolt which is this innate physical attraction and the emotion and joy they share together awakens them. He is of the mind set that they both go back to their destinies and this experience enriched their own experiences at home and those relationships begin to flourish again. This is his point of view on it. Everyone else has a different point of view. Everyone will impose their own interpretation of the movie.

Q: Did you feel that this film was an actual portrayal of modern day relationships?

Andy: I don't think we are trying to speak for any relationship. I think this is a movie that is exploring this magical encounter, unintentional encounter between two individuals in a style that is reminiscent in a style from the 60s. French movies for the 60s. Romantic films with a European sensibility. I don't think we are trying to say anything but to present how these two characters come together and what extraordinary joy and experience they had, which started almost antagonistic but eventually grew into something that is beyond their own comprehension. They even lost control of it and at the end of the day it was so intense and magical they had to make a decision of what to do about it. It's not about divorce, it's about love. 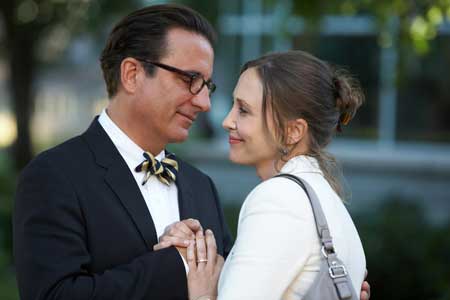 Q: hese two characters rediscover themselves on this trip. Where do you go to get inspiration as an actor?

Andy: That's easy. It's my family. If you're not happy in your family life then your personal life can't function. There's no space to love anything. What's most important to me is the love I get from my family. We are a family of six and they're always going to be some drama happening like someone throwing dishes around but that's part of being a family. Someone can throw a plate at your head and then the next moment you're asking them what do you want to eat. It's really important to me if someone is not united with their family then there are problems and that robs you a lot of your energy. I'm blessed that I have the support from my family, thank God and that it's united.

Q: How was it working with your daughter?

Andy: She's a great actress and she's really humble. We're now colleagues, Dominici and Garciela - they're both actresses and Alesandra is studying film studies in New York and has been doing it for two years. They're all professionals now. We're colleagues. We ask each other, 'What do you think about this situation?' I never tell them no,no, no you have to do it this way. We talk about the action and what acting is and we take each other seriously. I don't want them to think just because I'm an actor that it's going to help them. I can open a door for you or have a friend that can help you out but when the door closes behind you, you're on your own. I can't help you.

Q: You produced this film. What was the biggest challenge that you faced?

Andy: Financing was the biggest challenge. We started with nothing and we had to piece together stuff to make this movie and find money from here and there. And they had to put their own money on the line… mortgage houses to make the movie. This is what we are dealing with. The applause should go to Glen because we are all like dogs with a bone trying to get something done. That's the greatest challenge. Once the bank closes, the making of the movie is a breeze. The actual execution, no matter if you have financial parameters which we did, we made the movie for two and a half million dollars and in 20 days. So those 20 days are ours and as long as you make that schedule no one can tell us what to do and we have complete creative control and have the freedom to do whatever we want whenever we want and that's the beauty of the independent cinema. You only answer to the people that are there because they want to be there.