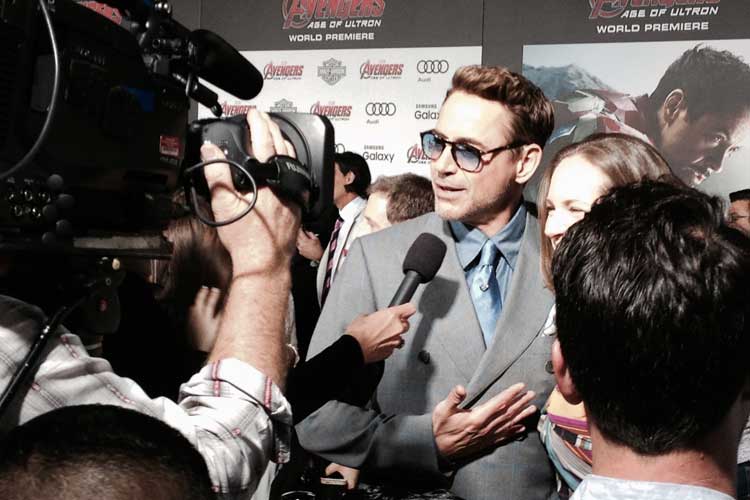 The Marvel Universe came together for Monday's AVENGERS: AGE OF ULTRON red carpet premiere in Hollywood. Not only did Robert Downey Jr., Chris Evans, Chris Hemsworth, Scarlet Johansson, Cobie Smulders and director Joss Whedon walk the red carpet, but they were joined by their Marvel cousins such as the stars of Agents of S.H.I.E.L.D. and Elden Henson of the Netflix series Daredevil. CineMovie captured all the red carpet arrivals as they happened including Stan Lee sparring with the original Hulk Lou Ferrigno.  Watch.