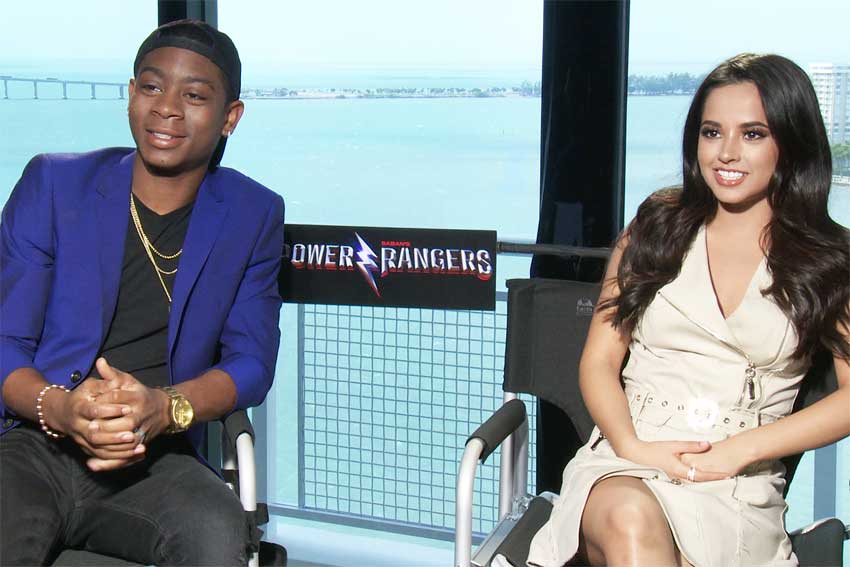 The talented Latina singer turned actress Becky G and her POWER RANGERS costar RJ Cyler sits down with CineMovie’s Michael Angelo Gonzales in Miami to talk about the POWER RANGERS reboot. The actors point out the difference between the iconic television show and the movie version which tackles real-life teen issues.

The Blue and Yellow Ranger also reveal their favorite stunt and what it's like being in those cool but rigid Power Rangers costumes. Saban’s POWER RANGERS is in movie theatres March 24.