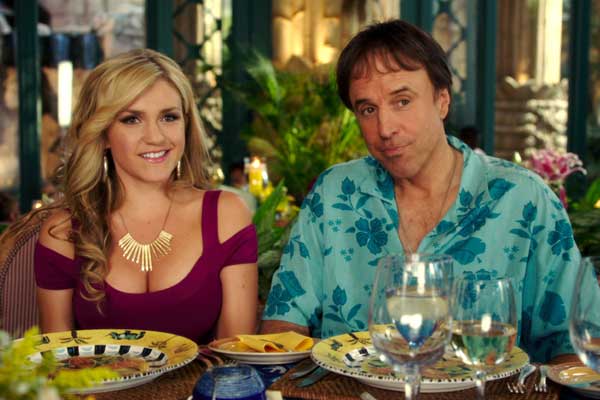 Comedian Jessica Lowe nabbed the role of Kevin Nealon's wife in the new Adam Sandler and Drew Barrymore comedy BLENDED, but her agent sent her to the audition warning her she'd likely not get it because she was "too green." Lowe got the last laugh and now she's starring with one of her idols and making out with him on screen.

In BLENDED, Jessica Lowe plays Ginger, Kevin Nealon's mousy-voiced wife who can't keep their hands off each other while on the vacation in South Africa with Sandler and Barrymore's characters. As a newcomer to Hollywood and an alumni of the Groundlings, the improv and sketch comedy actress wasn't expecting to win the role in the Adam Sandler-produced film, but she took advice from a Bryan Cranston article and impressed the casting agents. Lowe sat down with CineMovie to talk about how she approached the role, and what it was like kissing one of her comedy idols.

CM: The baby voice you used in the film was great. Was it hard finding it?

Jessica: No, whenever I read a script I imagine how I would do it and it just came to me that she'd be sort of a Marilyn Monroe-type rather than a cheerleader type, so she sort of just talks like this the whole time (imitating voice).

CM: Did Adam Sandler have to approve your voice or was he just like do your thing?

Jessica: He saw a tape of me and I think that's what got me the job. He saw both audition tapes that I did and once I was there we tweaked it a bit and I would do whatever he told me to do because he's Adam Sandler. A lot of it was improv so there was a lot of looseness on the set in terms of we would nail it a few times perfectly off the script then we would do it a couple of times off script.

CM: This was your first role. When you got it, how did you react and how did you even come upon Adams radar?

Jessica: I had this audition and basically my agent said this role is 'too big for where you are now because you're pretty green but this is a very busy casting office so just make new fans.' So I felt no pressure. I felt that I just wanted to make the ladies laugh. I thought there's no way I would get it because it was written for a busty model. I read this Bryan Cranston article from Breaking Bad, and he said he found the difference between casting was...you're not trying to apply for a job but it's what you can give. So I had a different interpretation from the ladies I could hear in the next room auditioning for the same role. I think I stood out because of the improv background.

CM: When you found out you got the role...

Jessica: I lost my mind. I think I broke my agents ears... they asked me what did you do today. I was waiting a couple of days to find out after I had the screen test. I thought there's no way it's going to be me, they're going to go with a name. I have no credibility, I'm a brand new comedian, my background is improv not film. So when I got it I lost my mind. My agent called and asked what did I do and I said I worked out, why what's going on? Then they said are you sitting down and I said what, what, what, what, what. I stood up immediately and I just couldn't believe it.  I called my dad and mom and brother and my three best friends. 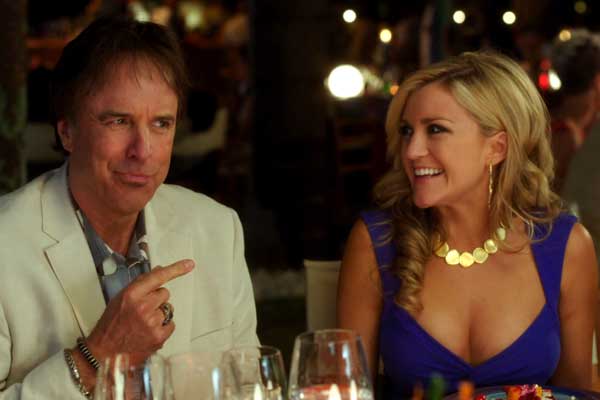 CM: Kevin Nealon is one of your comedic role models, did you even know you would be working alongside him and how was it?

Jessica: One of the last things Adam said to me was how do you feel about Kevin Nealon and I said 'Oh my God is he playing Eddy?' Then they said yeah and I was like, 'Oh my Gooooood.' I couldn't believe that! Let alone get the opportunity to meet him and make out with him in Africa.

CM: How was it making out with Kevin?

Jessica: At first it was...to be honest it was my first onscreen kiss so I don't even know anything about anything but he made it so easy on me. He was just the nicest scene partner to have.

CM: How was it working on set with these great comedic actors, Adam and Drew?

Jessica: I learned a lot. Adam is such an expert at comedy. He's like a professor of comedy. So watching him was like taking a master class because he knows exactly what works and what won't work. He also knows what to do in terms of getting an efficient funny scene. From Drew, she's such a good person inside and out that's why she's such a successful movie star. She's a kind soul with sparkly eyes that you can just melt into. Coming from the stage, you kind of just throw a bucket of water with as much comedy as you need. Drew and Adam jsut use a drop rather then a bucket of performance. The subtlety of their humor is phenomenal. 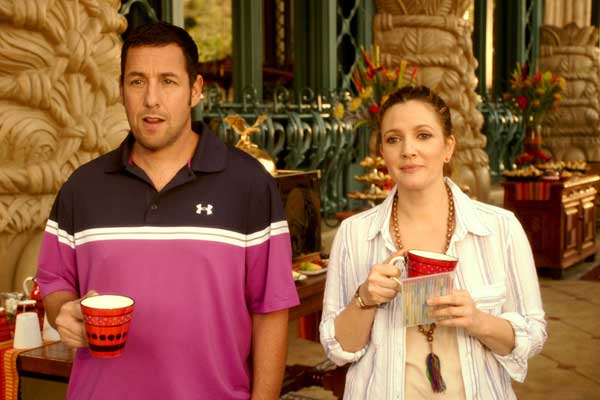 CM: How much improv did they allow? I thought your shimmy was improv.

Jessica: Well I would never choose to shimmy, as Jessica the human being, so that was definitely scripted. She shimmied, Ginger shimmies is in the script numerous times. If I had a pdf I should just do control F and see how many times it says Ginger Shimmies. There was a bunch of things that we just improvised while we were there. We did a million different ways of kissing our fishes, fish face. We did a bunch of different takes when cupid came to dinner, that was all improv. Me stabbing him in the chest then him vomiting and then me eating it, that was all improv. There's no way someone would write that, that's insane and so ridiculous. As an improviser, that's the most fun I have watching myself do other than that I can't watch myself. It makes me really nervous.

CM: So you're saying you can watch yourself improv but not if it's scripted?

Jessica: Well as this character because I think she grows on you on the first scene when she says 'It's so romantic' (in baby voice) and you have no idea who this crazy girl is with her tits out on the table at lunch. The first scene I can't really watch it makes me really nervous but as it goes on we're more playful and you can really tell that Eddy and Ginger genuinely love each other, that's when it's easier to watch.

CM: How was it shooting in South Africa?

Jessica: It was a dream come true. The bar is set so high for my first film I don't think anything will even come close to matching this experience. Going to a place where I would have never been able to, at least for another 30 years and to go to the opposite side of the world and just basically have...it's like a destination wedding. You're locked in together in this one place and you're just hanging out with your idols. It's just crazy.

CM:  Did you have extra days where you hung out and had excursions?

Jessica: Yeah, Happy Madison is so cool and Warner Bros is so amazing in terms of... they would do a game drive for the crew and cast. So everyone would go out in one of these safari vehicles and we would just see these animals together and it really made us very tight.

CM: A project that you're working on is The Story Pirates, can you tell us a little more about that?

Jessica: It's this award winning non profit group where we takes stories by children. It's a bunch of comedians and professional actors who convert the actual writing of the child and turn it into musical songs. So it's musical numbers and sketches. Its really, really broad but it's so well loved and it makes the writing process honored and important to these kids.

CM:  You did say the bar was set so high after doing this film, so what's your ideal role?

Jessica: I would love to start doing more television and I would also like to do more cartoons. I'm currently writing a pilot that's animated, and I just finished my first live action sitcom. It's semi-autobiographical about my dating experience and how hard it is to find love in Los Angeles.