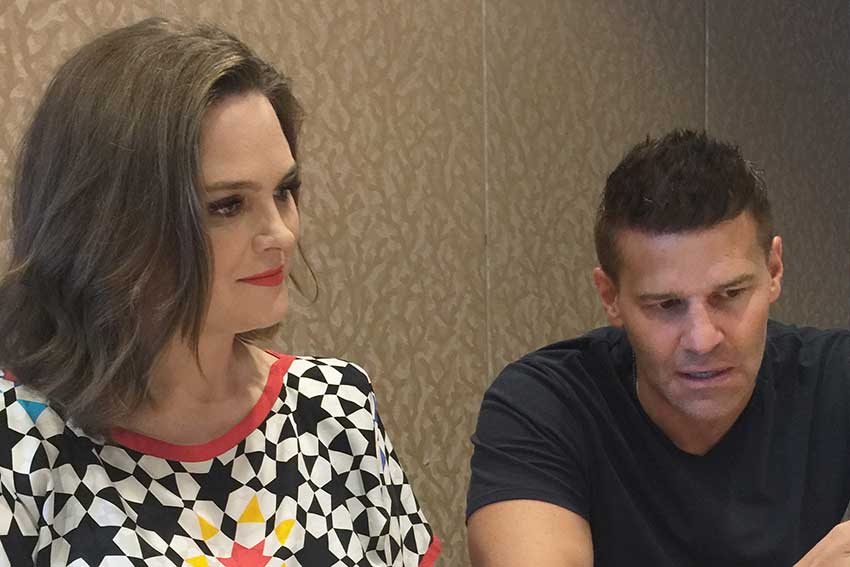 BONES, the long-running FOX procedural, will be coming to an end with Season 12, which is currently shooting. CineMovie caught up with the romantic leads of BONES, Emily Deschanel and David Boreanaz, at this year’s Comic Con in San Diego where they reminisce on their first meeting during the casting of BONES. Deschanel also revealed she will be directing the premiere episode of Season 12, and Boreanaz plans on following her every direction.  Watch the interview.

The final season of BONES returns in the Fall.