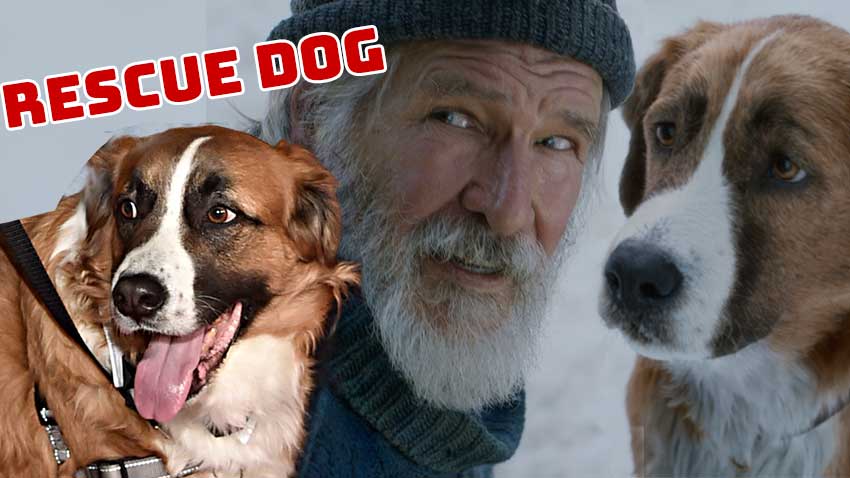 CALL OF THE WILD director Chris Sanders needed a real dog to model the movie's Buck after. He tells CineMovie a great story how his wife found a dog like Buck named "Buckley" on Pet Finder, and the director adopted him and used him to model the movie's computer-generated star. Watch the feel-good story below.

Buck, the dog in the movie adaptation of Jackon London's adventure tale, CALL OF THE WILD, is a total CGI character. On set, a human stood in for Buck so star Harrison Ford could have an acting partner, but in production, the team led by director Chris Sanders created a CGI dog. However, the breed described in the book is a rare combination of half-Saint Bernard and half-Scottish shepherd dog. Sanders tells CineMovie all the animals in CALL OF THE WILD are CGI-generated but they modeled the dogs, for example, based on existing dog types except Buck who had no real-life counterpart.  That is until they found a rescue dog.

Sanders describes to CineMovie how his wife, Jessica Steele Sanders found a dog like Buck on Pet Finder named Buckley. She drove for two days to Kansas to see this dog in person and eventually brought him home and renamed him Buck.  Buck was then used to model the movie's Buck and now this dog can brag to his pack about his starring role.

CALL OF THE WILD opens in theaters February 21.