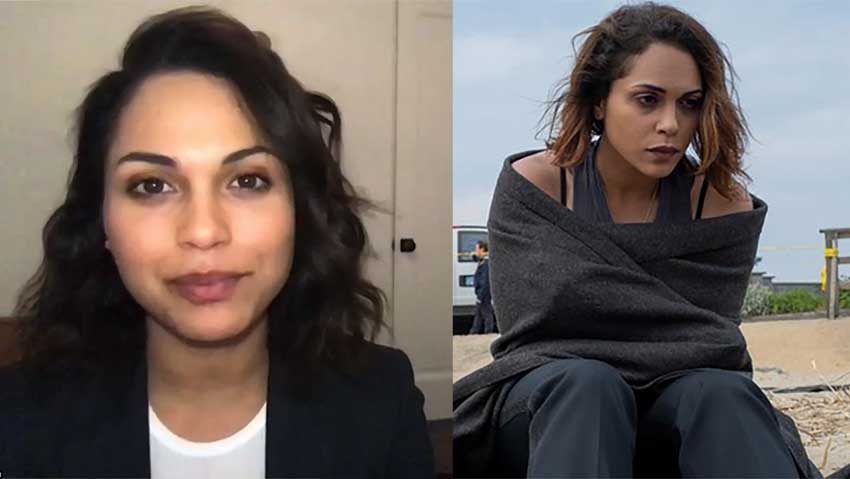 Actress Monica Raymund leads the cast in Starz' new drama series, HIGHTOWN playing a LatinX LGBTQ character. There aren't many leads featuring the two underrepresented groups so CineMovie socially-distant chatted with the star to talk about her juicy role for the cable network. The new series premieres Sunday, May 17.

“Hightown” follows one woman’s journey to sobriety, overshadowed by a murder. Jackie Quiñones, a hard-partying townie, discovers a body on the beach, and becomes convinced it’s up to her to solve the case. She’s immediately at odds with Sergeant Ray Abruzzo, an abrasive but effective member of the Cape Cod Interagency Narcotics Unit. As their lives crash together, we’re reminded how complicated - and deadly – our addictions can be.