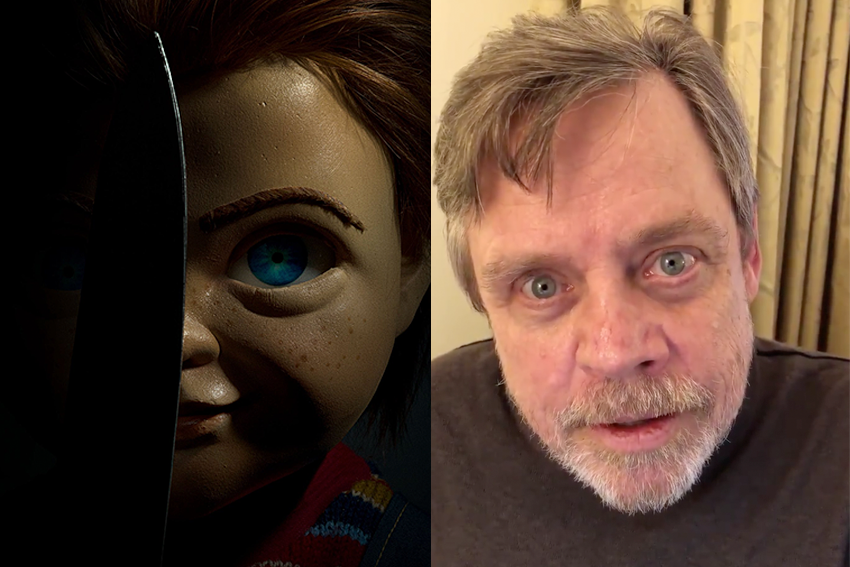 Mark Hamill will be voicing the new Chucky in a re-imagining of CHILD'S PLAY. CineMovie talked to CHILD'S PLAY director Lars Klevberg and writer Tyler Burton Smith at WonderCon soon after the news broke of Hamill's new role.

Chucky is getting a rebirth in Orion's re-imagining of CHILD'S PLAY starring Aubrey Plaza, Tim Matheson and Gabriel Bateman as Andy. This time Buddi is a doll with artificial intelligence who becomes a killer.

Mark Hamill himself made the announcement during a WonderCon panel Saturday via a message (see it below). It's hard to imagine anyone filling the original Chucky's voice by Brad Dourif, but if anyone could do it - it's Mark Hamill who's also a great voice actor. CHILD'S PLAY director Lars Klevberg explains what to expect from Hamill as Chucky.