Director, producer and writer Chris Weitz (About A Boy, American Pie) was tasked with writing the live-action version of Disney’s CINDERELLA, which is no easy feat considering everyone knows the story. So how do you go about updating a story that’s so well known around the world? The classic Walt Disney film from 1950s was one source, but Weitz tells us there are different versions from different cultures. Walt Disney took inspiration for the 1950s animated film from French writer Charles Perrault’s story, Cedrillon published in 1697 in his "Tales of Mother Goose" short stories while the Grimm Brothers’ wrote a much darker tale.

Regardless, Weitz didn’t set out to rewrite the fairytale. “There was a lot to draw upon. I didn’t want to overturn things, says Weitz. They did, however, have more liberties with the Prince considering he didn’t have much of a role in the Disney classic.  Other than that, Disney wanted a straight forward re-telling of the story with Lily James (Downtown Abby) portraying an innocent and humble Cinderella. The temptation was there to have her fight back or run away in the updated version, according to Weitz, but the story was not ultimately about that.

“The story is more about resilience. There are a lot of movies about fighting in which the hero/heroine fights back, but that’s not always the position we find ourselves in.” 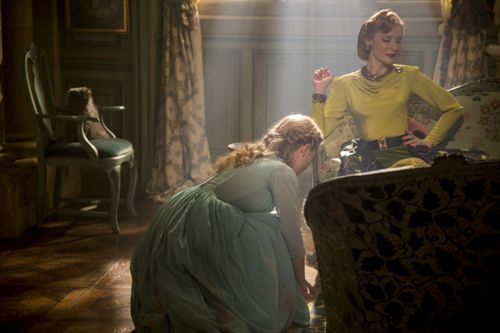 Resilience is a strength, adds Weitz that helps Cinderella through the death of both parents, and later the emotional abuse at the hands of her step-mother. Cinderella’s parents instilled those values and manners in their daughter so that she's not seeing herself as a victim.

Not everyone liked the fact that Cinderella still needed rescuing by a man in Disney’s updated live action film, and those complaints mostly came from men. “They are trying their best to be modern males,” jokes Weitz when we mention that opinion. However, Weitz explains that they wrote Cinderella in a way that even if the Prince never showed up or the shoe didn’t fit - she would be “alright.”

We ladies didn’t have a problem watching Cinderella being swooped up by a Prince played by Games of Thrones alumni Richard Madden. Weitz agreed there’s nothing wrong with needing a little help.

“Everybody needs a little bit of rescuing. Male or female, what have you.” 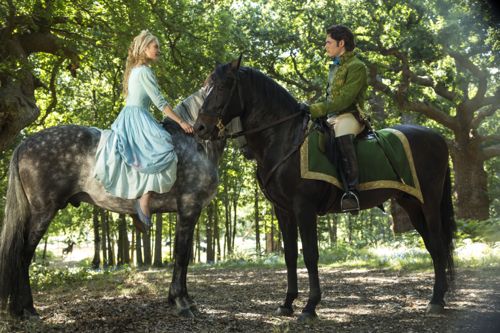 Chris Weitz’s association with the entertainment business began with his grandmother, Mexican actress Lupita Tovar and husband/producer Paul Kohler, an immigrant from Germany. The actress best known for her role in the Spanish version of Dracula is now age 105, and she still continues to be a source of inspiration for Weitz.

“She is an incredibly strong grandmotherly, female figure in my life so I care about that. And the fact that she is still an immigrant. She is not naturalized. She’s still a Mexican citizen.”

Having both grandparents from different cultures in his life made an impact, and it influenced his decision to direct A Better Life, the 2011 film that launched Demian Bichir’s (The Hateful Eight) Hollywood career with his first Oscar nomination for Best Male Lead.

“It was wonderful to make a film that paid some homage to Mexican culture.”

CineMovie suggested he send that movie to Donald Trump. ‘Oh, man. That clown. I thought we were going to get over that stuff,” says Weitz.

At least Hollywood is making some progress on the diversity side. Weitz, who also wrote the screenplay for the first Star Wars Anthology: Rogue One, was enthusiastic when Mexican-born actor Diego Luna was cast in the film directed by Gareth Edwards (Godzilla).

“He’s a wonderful actor. I love that Disney has been in favor of a diverse cast.” 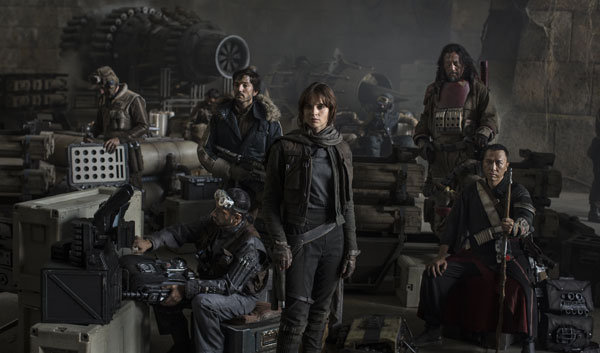 While Disney's CINDERELLA didn't change up the Cinderella fable, it did modernize the look of the cast with diverse faces in the crowd. CINDERELLA is out now on Blu-ray, DVD and digital platforms.