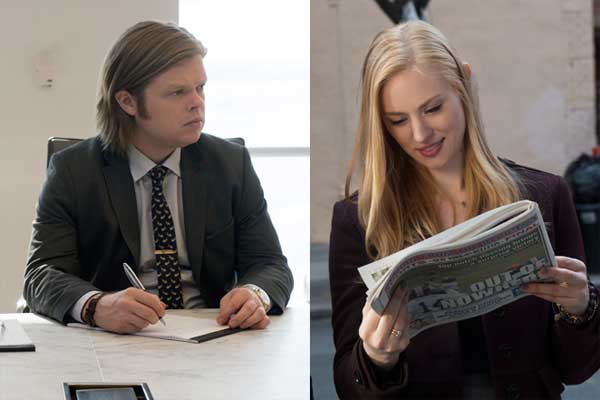 The stars of Netflix's DAREDEVIL discuss the difference between their world in Daredevil, and Marvel's Avengers. True Blood's Deborah Ann Woll and The Hunger Games: Mockingjay's Elden Henson transition from one popular series to another with the world of Marvel's street level hero Daredevil.  The actors of the Netflix show, which premieres Friday, April 10th, say their world is much different than the Avengers universe which has god and aliens battling it out versus a flesh and blood human fighting street level crime in Hell's Kitchen.

Elden Henson plays Matt Murdock's partner and friend Foggy Nelson in DAREDEVIL while Deborah Ann Woll is the comic's Karen Page. CineMovie asked the DAREDEVIL actors how they are dealing with joining a new franchise of the Marvel Universe on Netflix which will eventually lead to the assembly of other street level heroes in THE DEFENDERS. However, they are not adverse to joining the Marvel Cinematic Universe. Listen to the interview below.