Bautista admits that he’s a fan-boy at heart and still geeks out over the last couple roles he’s landed.  The actor grew up a Bond enthusiast favoring Sean Connery though he thinks Daniel Craig brings a quality back to Bond that has revived the iconic franchise.

“Theres something about Daniel, when you meet him you feel like this guys been in a few bar fights, he’s lived a little. He’s had a bit of a life and I like that. It makes me believe in James Bond that way.”

When Bautista got the call asking if he’d like to play Mr. Hinx in SPECTRE, with no hesitation he accepted with a “Fu*k Yeah!” The child in Bautista came to life again knowing he’d be part of the Bond henchman legacy. He revealed to Cinemovie that his favorite henchman is Odd Job, but says when you look back at him he comes off as more of servant/chauffeur, the antithesis of his character Mr. Hinx.

“Theres nothing subservient about Hinx. He’s a badass. He’s a man on a mission of his own. It’s just an updated, new, badass, kickass, version of a very methodical, intelligent, well dressed Henchman.” 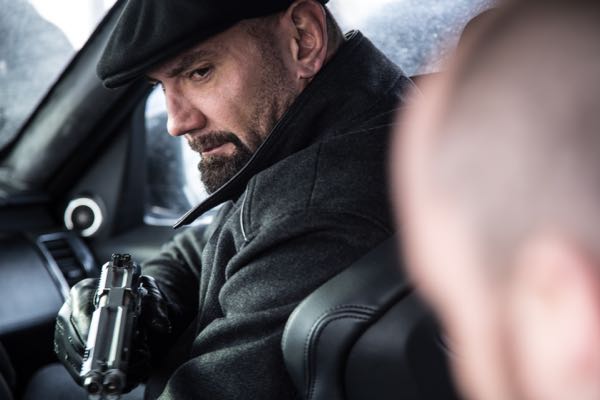 For the opening scene in SPECTRE, Bond finds himself in Mexico City surrounded by the colorful Day of the Dead festival (El Día de los Muertos). It proved to be quite the logistical challenge for the cast and crew since they had to shut down converging roads and the iconic Plaza de Constitucio to allow for the scene to be filmed. According to Bautista, a lot of the London crew had never been to Mexico and were told some negative things that he was compelled to refute.

“I told them, I’ve been a million times, never once had a bad experience. It’s just hyped up. There are areas in other cities you don’t want to get caught in at night. I love Mexico.”

Bautista also mentioned that while walking the streets of Mexico City he got recognized not for his film roles, but for his history in the ring with beloved Mexican wrestler Rey Mysterio.

“Wrestling is huge and Mexico City has such long history there. Most of the people could give a “rats-ass” about me being in films, they recognized me from wrestling.” 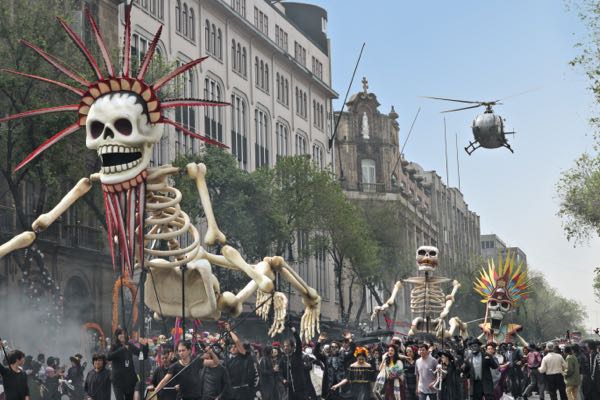 Bautista added, “When I’m asked what my favorite wrestling match was ever, I say it was my match with Ray Mysterio in Mexico City. I got to be a heel to their hero. It doesn’t get better than that.”