Do DELIVER US FROM EVIL Stars Believe in Evil? (Interview) 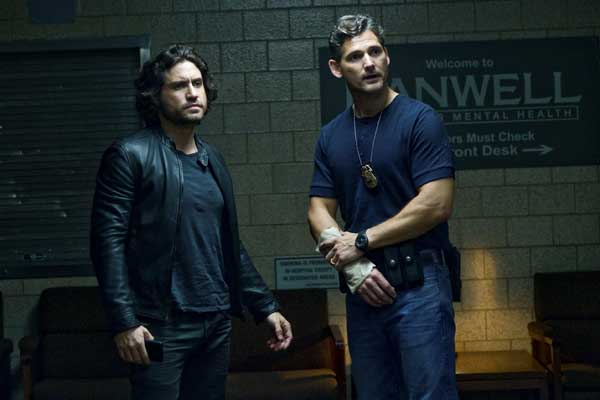 DELIVER US FROM EVIL is yet another horror story based on a true story about possessions and exorcisms. Considering how many films have been made based on real-life cases, you'd have to believe in demons, right?  The DELIVER IS FROM EVIL stars chime in on whether they think that kind of evil exists.

DELIVER US FROM EVIL is based on New York police officer Ralph Sarchie bone-chilling real-life cases of demonic possessions that terrorized the city when he was a detective. Eric Bana plays Sarchie with Edgar Ramirez portraying the Jesuit priest who partners with the NYPD to solve the crimes happening around the city. Joel McHale and Olivia Munn also star in the new horror flick.

The stars and producer Jerry Bruckheimer reveal if they were convinced before or after making this movie, that demons and the supernatural is not just a made up thing in movies. 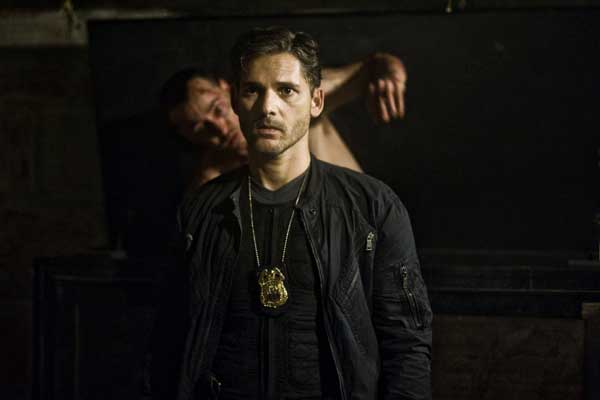 Eric Bana
I guess initially I was skeptical but ignorant at the same time. What I mean is that I didn't know much about this subject matter other than what I've seen in movies, which I guess is the same for most people. But Scott knows so much about everything from religion to different cultures and factually about this subject matter that I felt I was in really good hands. If Scott wasn't directing I would be hiring him as a researcher. 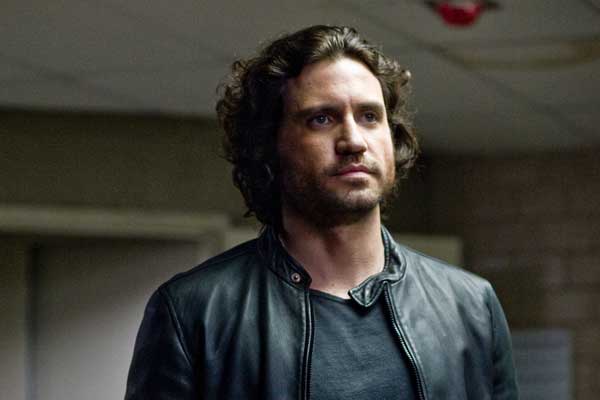 Edgar Ramirez
I grew up Catholic. I have great respect for the religion and for all the religions. I'm a man of faith and I believe in something much greater then me but I also believe in the personal experience.

Coming into this experience I would never think it would transform me because...I can't say that it exist and I can't say it doesn't exist because it's something I don't understand. I do believe that there are evil forces and good forces and it just depend where you put your focus on. I put my focus on the good in people.

Are you a believer in evil?
I don't know, I'm definitely open to the idea that someone can be out of control of what occurs to them. I also learned in reality that it's extremely rare. One of the reason why we are resistant to even contemplate the subject seriously is because we think we are going to become posses or someone we know might be. But it's Ok you can think about these things seriously and know that cases like the one Ralph (Eric Bana's real life character) has come into contact with, true possession cases are extremely rare. Does that make you feel any better (laughs) 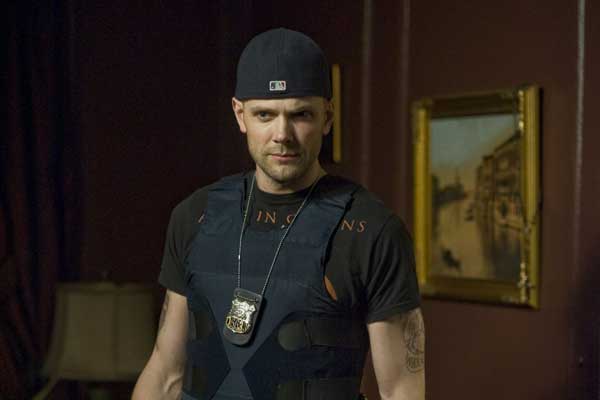 Joel McHale
Did you guys talk about the nature of evil?
No, no I didn't because I didn't need to, because I understand the nature of evil (laughs). People asked did you watch the videos? I would say no and they would say whhhyyyy. I told them my character does not care about any of that stuff. When he walks into a room every one is a target and anyone can be killed and he's happy to do it. All he cares about is if his partner is OK. He was more then happy to take on a possessed solider and he wouldn't count that as oh no. He would say oh finally a worthy opponent to fight. 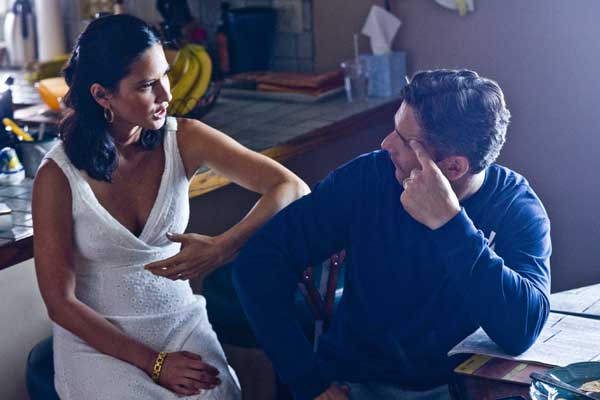 Olivia Munn
We talked about if we have ever experienced anything like this and I think it's funny because I think it's such a fascinating conversation. Eric told some really scary stories and I told some of my real life stories. There is always that adult portion of your brain that always says that was just a silly thing and never means anything.

I saw the footage from the actual exorcism and it was so extreme and then Eric saw it and didn't sleep for three weeks. I begged to see it and at first they said she can not watch it. They let me watch it when I finished shooting. I watched five minutes of it and turned it off, I couldn't sleep for a week. I went into the movie as a non-believer and I came out as a hundred percent as a believer. It hasn't changed me on the outside and how I live my life but it's made me...I just understand something a little bit more. I have a faith.

Jerry Bruckheimer
I believe that people have the capacity to do evil because we see it every day but I'm not a big believer in possessions but I know people do believe in it based on the tapes our actors looked at and Scott (director)  looked at… this actually happens. I didn't see any of them, I was frightened to see them. I don't need that in my psyche (laughs).

Are you a believer?  DELIVER US FROM EVIL opens July 2nd.