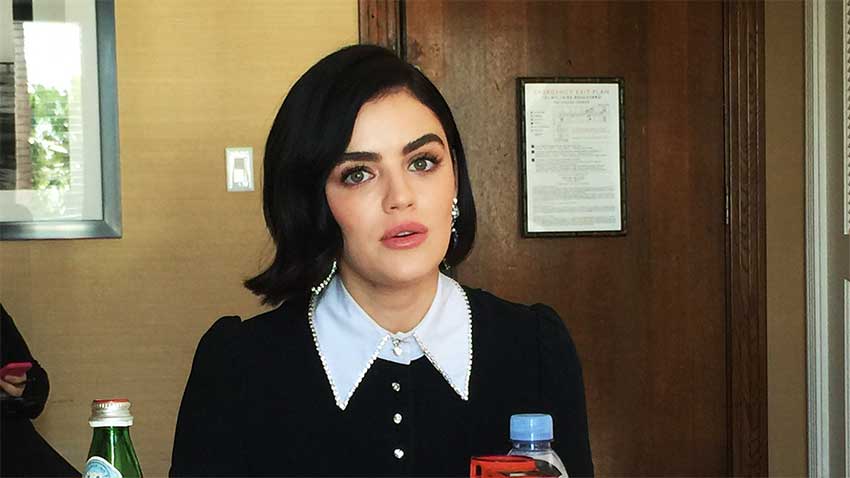 Lucy Hale ("Katy Keene," "Pretty Little Liars") stars in a horror re-invention of the 70s tv show, FANTASY ISLAND with Michael Pena as Mr. Roarke and Maggie Q. CineMovie sat down to talk about her experience working on Blumhouse's FANTASY ISLAND and living on a boat for two months during production which almost drove the group nutty. Watch the video below.

After starring in Blumhouse's TRUTH OR DARE, Hale reunites for Blumhouse's FANTASY ISLAND as Melanie whose fantasy is to show her high school bully what karma feels like.  The production and cast went to Fiji for two months shooting on a secluded island. Everyone lived in tight quarters, according to Hale. The actress provides other behind the scene tidbits about the movie during CineMovie's sit down with the FANTASY ISLAND star.