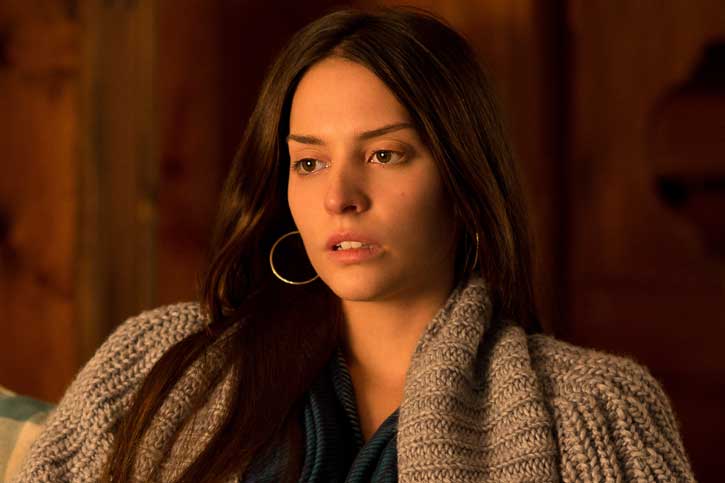 RUN ALL NIGHT star Genesis Rodriguez talks about the importance of women bonding, and looking unglamorous for her role in the Liam Neeson movie while on the New York City red carpet for the movie.

Genesis Rodriguez stopped by to talk to Justine Browning about her role as Joel Kinnaman’s on screen wife who plays Liam Neeson’s son. As the mother of three with one on the way in the movie, Rodriguez tells us she wanted it to be realistic by not piling up the make-up.

When she’s not starring in Hollywood movies, Rodriguez promotes girl power and often tweets out positive messages encouraging women to stick together and help each other.  Great advice from the talented Latina. Watch what she had to say.

RUN ALL NIGHT is now in movie theaters.