GODZILLA’s Gareth Edwards On Why Godzilla Has Little Screen Time 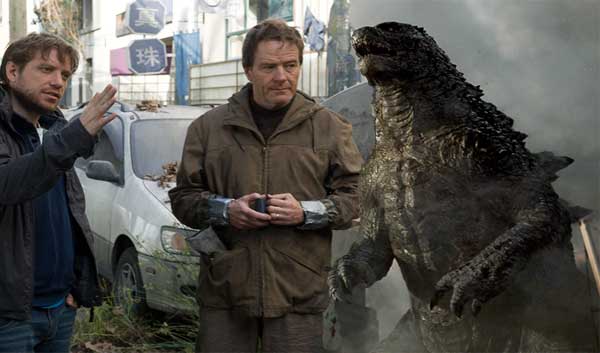 Much like "Jaws," "Alien" and "Jurassic Park," GODZILLA direct Gareth Edwards teases audiences by holding back the big reveal of the world famous monster for some “cinematic foreplay.” Some movie fans were not thrilled that the rebooted monster got less screen time than they expected.

CineMovie was one of the lucky few to watch the premiere of the Godzilla reboot, and what a thrill it was to see the giant monster grace the big screen once again. However, don’t expect to see the new and improved Japanese Kaiju right away, which Edwards has done on purpose to save viewers from what he calls “CGI fatigue.”

After the screening, GODZILLA director Gareth Edwards spoke in a Q&A session telling the crowd he avoided the “temptation not to get seduced by the spectacle too much because you can end up reaching a plateau.”  He sites classic monster movies like Jaws, Alien and Jurassic Park where you don’t see the threat until deep into the film.

Once you throw everything at the screen early on, he adds, there is no where to go and audiences will experience “CGI fatigue.” Instead he wanted to build up to the climax.

“What we were trying to do when we designed the movie was to incrementally build and build. So hopefully, you get the big climax at the end and it has the maximum power possible.”

Edwards describes his intention with the big reveal of Godzilla as “cinematic foreplay” in which he wanted to tease the audience but not frustrate them.

But let’s remember some men don’t like the foreplay, and one press member took to his blog to complain about not seeing enough Godzilla, but CineMovie certainly thought it had the right amount of flirting.

Experience GODZILLA when it opens May 16.