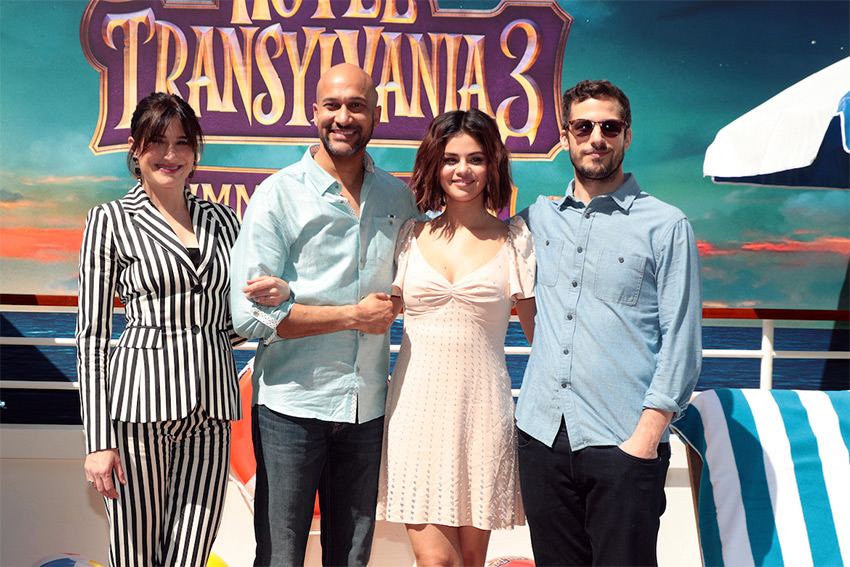 Everyone’s favorite monster family is returning to the big screen and this time they’re taking a break from the hotel scene. This summer the family is embarking on a family vacation out at sea in HOTEL TRANSYLVANIA 3: SUMMER VACATION. CineMovie had the opportunity to visit Sony Pictures Animation to discuss the franchise with returning voice cast Selena Gomez and Andy Samberg, and new cast members Kathryn Hahn and Keegan-Michael Key along with the director.

After HOTEL TRANSYLVANIA 2 director, Genndy Tartakovsky, was sure he was done with the franchise.

“Making a feature film is extremely difficult. Fun but difficult, and after the second one I was done, never again,” Genndy said. 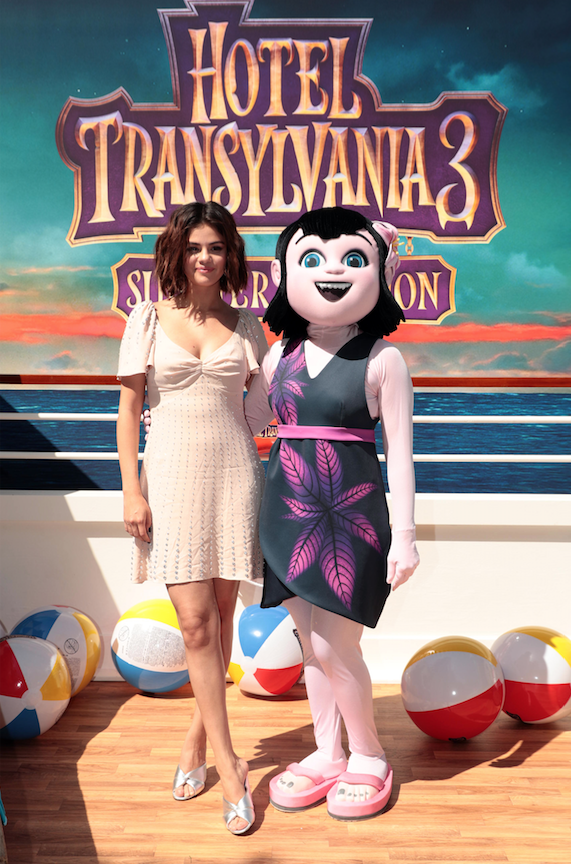 It wasn’t until Genndy’s family experience inspired him for the third installment. After wrapping up the sequel, Genndy’s in-laws surprised his family with a cruise to Mexico. Who doesn’t love to be on a boat with their in-laws?

“As I started getting on the boat and seeing all these families, something clicked. I started to realize what an awesome setting for the monster family.”

Genndy wanted a different experience on the hotel spin.

Not only is the original cast returning, but a new family joins the fun with Jim Gaffigan voicing Abraham Van Helsing, Kathryn Hahn as Captain Ericka, Chrissy Teigen as Crystal and Joe Jonas as Kraken.

Sony Pictures Animation invited CineMovie to their Culver City, CA studio for sneak peak of the monster’s new adventure on their summer vacation

As time is passing, the hotel is progressing and Mavis (Selena Gomez) is focusing on her own little family; Dracula (Adam Sandler) finds himself lonely and wanting to spend his time with a special someone. In order to get things off Drac’s mind, Mavis surprises him with a cruise. Of course it wouldn’t be a complete family vacation if the the whole family didn’t tag along as well.

This time around the dynamic between Drac and Mavis flips. Mavis is more of the concerned parent and is watching over her father.

“At this point it seems so nice to come back with everyone and to know what your characters are. Watching Mavis grow up and having a kid—It feels so nice to give Drac a break and switch it up,” says Selena Gomez.

As the family is trying to enjoy their cruise, Gaffigan and Hahn’s characters are on a mission to end Drac and his family. 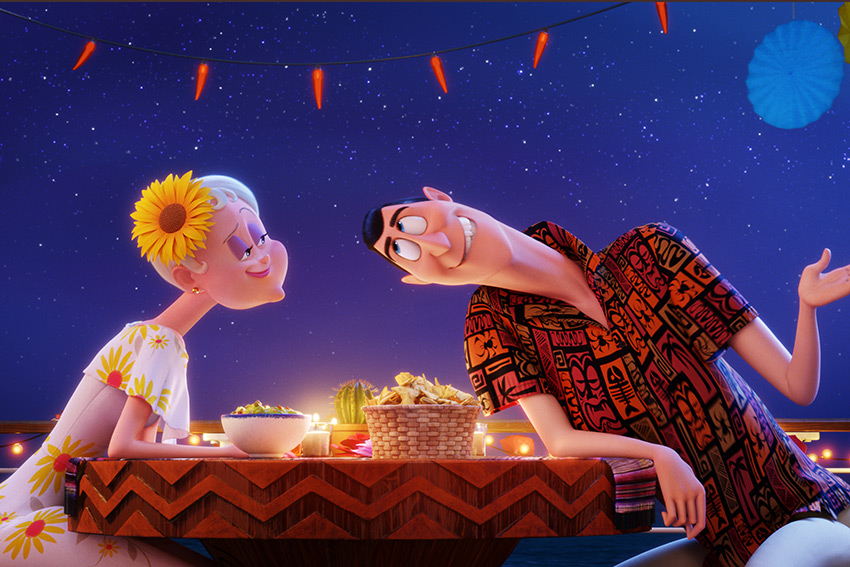 As one of the newest members of the cast, this is Hahn’s first role in an animated film and she was excited to be part of the film.

“It’s perfect because she’s an outlier and I felt the same way coming into this family, and that she’s human. She grew thinking one way about monsters and then she learns a valuable lesson of empathy and compassion and sees how much they love each other. She thought monsters were one way and learns something else,” says Hahn.

The BAD MOM’S 2 actress was thrilled she finally made something her kids can watch.