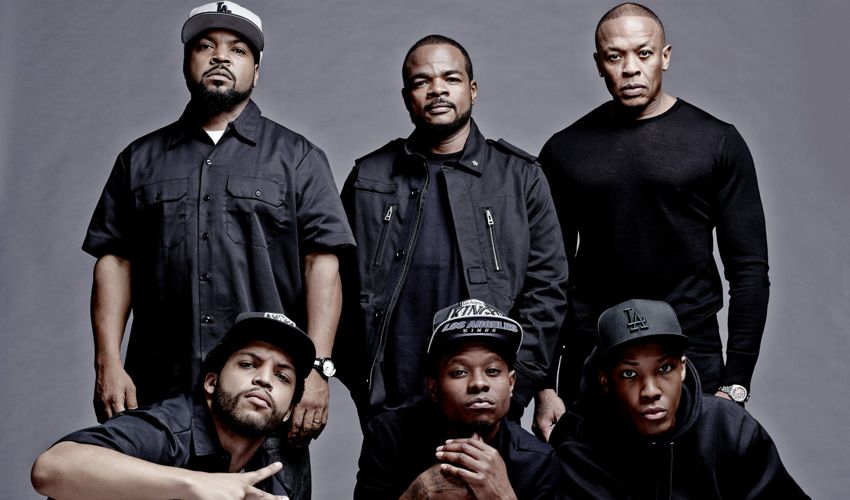 The original members of NWA and the cast of STRAIGHT OUTTA COMPTON tell CineMovie about the scenes they had the hardest time getting through as they watched their life story on the big screen. Listen to the interview below.

Ice Cube and DJ Yella relive the early days of NWA and the friendship that would propel them into infamy and mainstream music during a press conference for STRAIGHT OUTTA COMPTON in Los Angeles. Ice Cube and DJ Yella recount the time on set and during a viewing of the movie that brought out old emotions.  Director F. Gary Gray (Set If Off, The Italian Job, Friday) also explains how Dr. Dre had to leave the set in a scene where he relives the news of his brother's death.