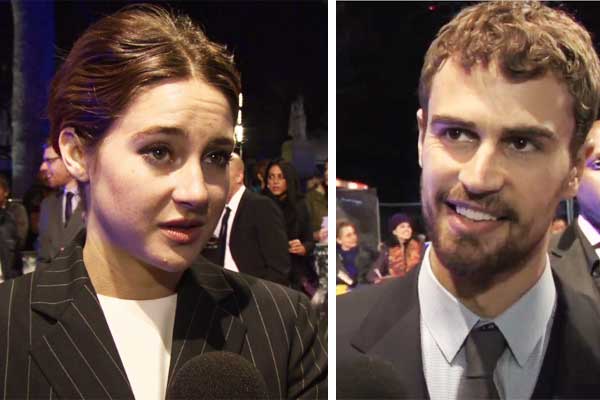 DIVERGENT stars Shailene Woodley and Theo James walked the red carpet in London for the premiere of the second installment of their film, INSURGENT. Shailene and Theo talk about returning to the franchise, which finds them on the run.