Arturo Castro ("Narcos," "Broad City") conceived, produces, writes and stars in Comedy Central's new sketch show, ALTERNATINO, premiering Tuesday, June 18 at 10:30pm ET/PT. He sits down with CineMovie's Valentina Patruno in Miami to talk about tackling 45 different characters including women so some shaving some of his body hair was involved. Watch below.

Funny man Arturo Castro showcases his talents in ten episodes with sketches from the perspective of a Latino millennial. He'll be tackling Latino stereotypes using modern Latino identity (misconceptions and all) as a fresh filter for cultural commentary about our daily lives and the zeitgeist…all rooted in his personal experience.

Episodes of Alternatino with Arturo Castro will be available the day after premiere via On Demand, the Comedy Central App and cc.com. In addition, episodes will launch the day after each linear premiere on iTunes, Amazon Prime Video, Fandango Now, Google Play, Microsoft Movies & TV, VUDU, Sony PlayStation Video, and Verizon Flexview, and clips from the series will be available on the Comedy Central YouTube channel and Comedy Central web and social-media platforms including Instagram, Facebook, Twitter and cc.com. 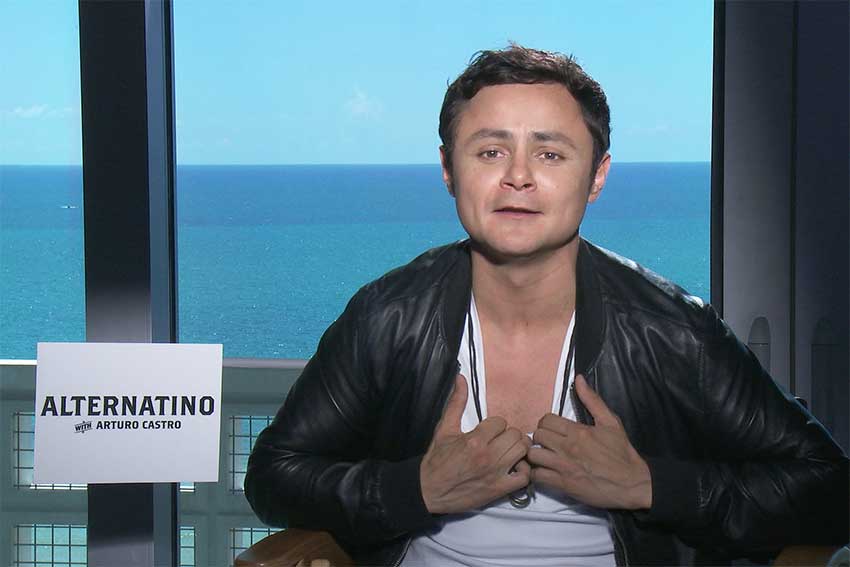