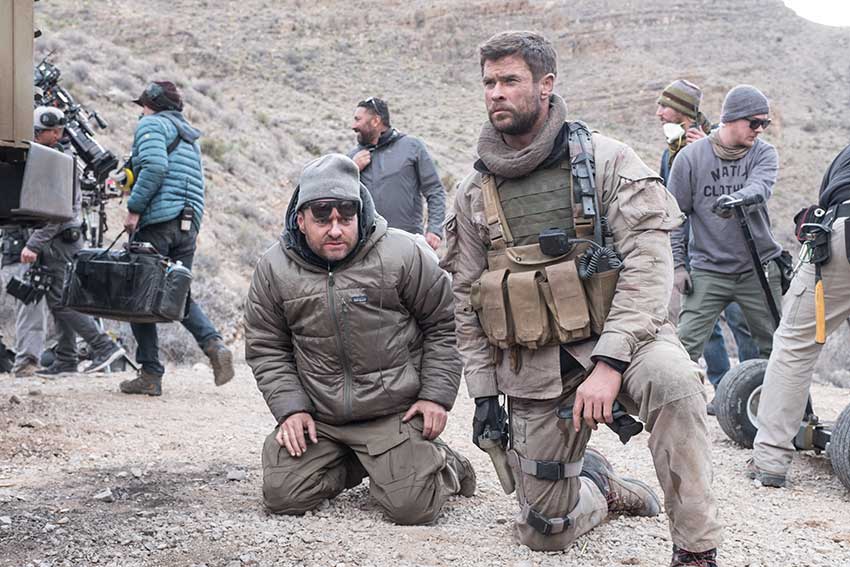 The true story of the soldiers in 12 STRONG is an extraordinary one, and nothing short of a miracle what these U.S. Army’s Special Forces accomplished in Afghanistan shortly after 9/11. 12 STRONG star Chris Hemsworth, his co-stars, director Nicolai Fuglsig, producer Jerry Bruckheimer, and "Horse Soldiers'" author Doug Stanton discuss what sort of responsibility goes into portraying real-life heroes without making it a Hollywood dramatization of the real events. Watch video below.

12 STRONG tells the now declassified true story of the first 12 American soldiers sent into the region for this extremely dangerous mission, mere days after 9/11. An elite U.S. Special Forces unit, led by their Captain, Mitch Nelson (Hemsworth), is selected to be the first U.S. soldiers to provide an offensive response to the unprecedented attacks on U.S. soil. Leaving their families behind, the team is dropped into the remote, rugged landscape of northern Afghanistan, where they must convince General Abdul Rashid Dostum (Navid Negahban) to join forces with them to fight their common adversary: the Taliban and their Al Qaeda allies.

Chris Hemsworth plays the leader of the Special Forces team, Captain Mitch Nelson, who managed to gain the trust of the Afghan people against the Taliban. The team was not trained to fight on horse back but managed to win an important battle against the Taliban using their skills, bravery and fearlessness. Watch as the actors and producers talk about portraying these heroes in a realistic way.

12 STRONG is in movie theaters January 18.