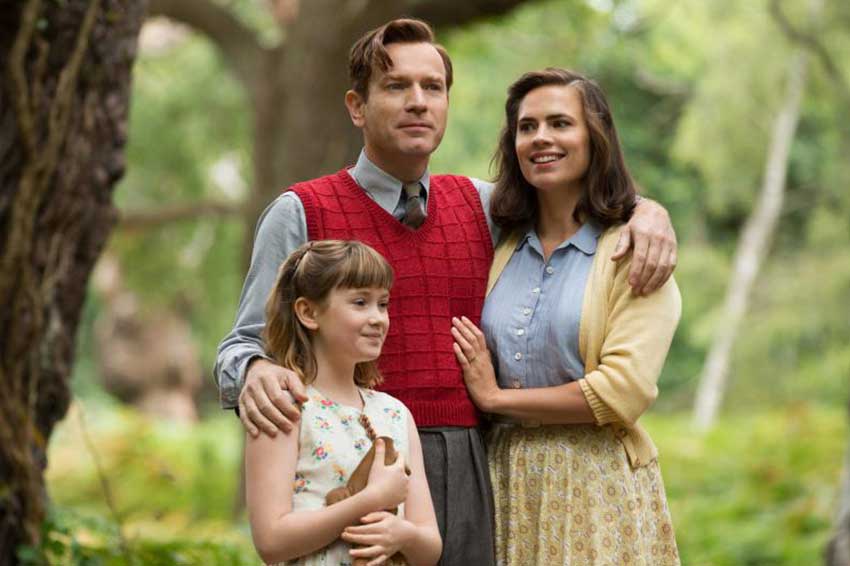 Watching Disney's CHRISTOPHER ROBIN brings back memories of your own childhood, and stars Ewan McGregor and Hayley Atwell recount their days as children. Listen to the interview below of the two talking about their adventures as kids, and their childhood pets that reminded them of a Winnie-the-Pooh and Christopher relationship.

Ewan McGregor stars as an adult version of Christopher Robin. The young boy who had countless adventures in the Hundred Acre Wood with his band of spirited and lovable stuffed animals, has grown up and lost his way. Now it is up to his childhood friends to venture into our world and help Christopher Robin remember the loving and playful boy who is still inside.

Ewan and Hayley have fond memories of their childhood. When asked if they used to play act as children, Hayley recounted the time at eight-years-old when she started her own Freddy Mercury fan club and she was the head of it. She and her friends wrote letters essentially to themselves and answered them as well.

Ewan like Christopher Robin would play all day long in the woods with his mates. He can't recall what they did, but he fondly remembers they were good times. Both also recall their time with their beloved pets. Listen below.