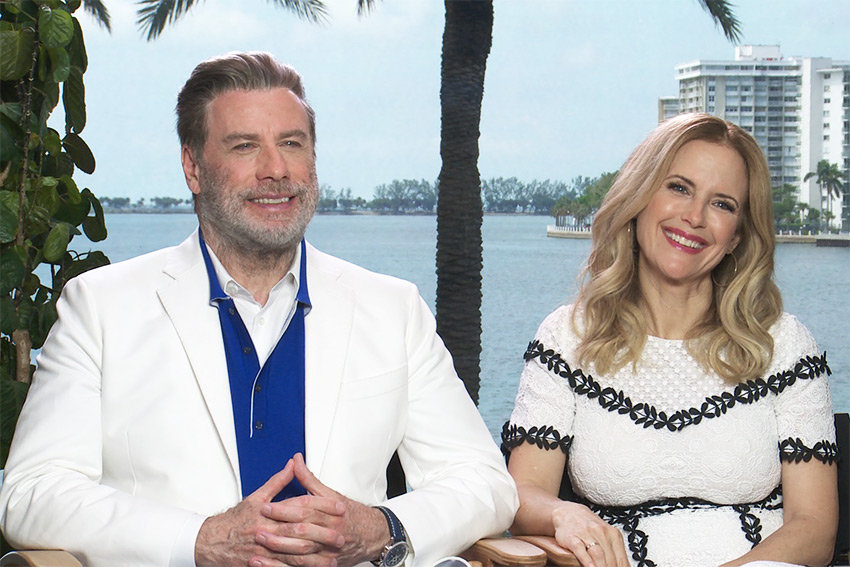 John Travolta tackles the story of ruthless crime boss John Gotti, Sr in GOTTI, but the actor/producer offers a different portrayal as a devoted family man. Travolta's real-life wife Kelly Preston plays Gotti's wife Victoria. To get into character, Travolta and Preston both wore personal items that belonged to the couple. Valentina Patruno sat down with the famous couple to talk about their close ties to the Gotti family. Watch interview below.

John Travolta and Kelly Preston visited Miami to promote GOTTI. The two revealed some interesting behind the scenes details about playing the Gotti's. They had close contact with the Gotti family during the process and his widow Victoria allowed the star to wear Gotti's clothes while Victoria also offered Kelly the ring her husband bought her for the production. Travolta reveals Gotti's cologne was still present on his blazer which helped his performance. Watch the video below for more.